Allen Hirsch is a painter, writer and tech entrepreneur. He lives in Soho. The New York Times produced the Op-doc, “Long Live Benjamin,” on the artist and his monkey which won an Emmy in 2018.

He often looks out the window of his loft/studio on Lafayette Street and paints what he sees. For the first time ever, the streets have been empty. Below are several interpretations of what he witnessed during the last eight weeks. 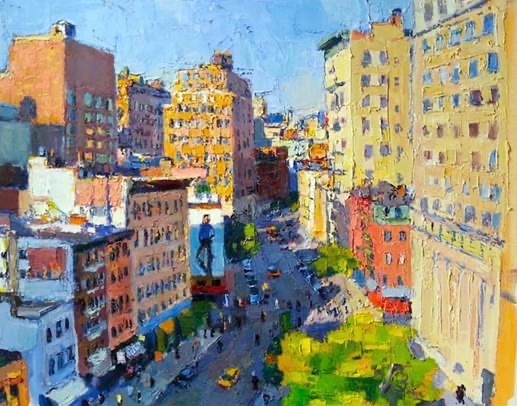 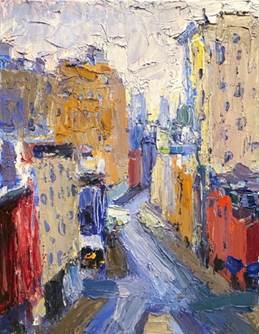 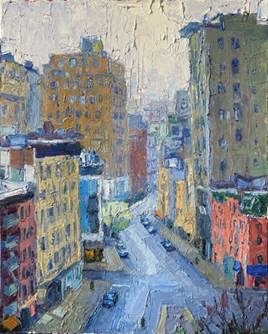 2 thoughts on “A Room With A View”