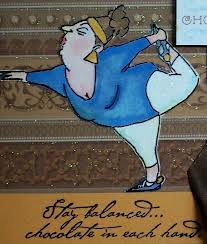 Part Two Of My Interview With David Carnoy Just Weeks Before His Book, “The Big Exit,” Debuts Nationwide

I know David Carnoy as a tech editor at CNET. I also know that he writes mystery books, but I never quite figured out how he does both. When does he find the time? I finally got around to asking him and then I got the biggest shock of all. David told me he has four kids under the age of eight, two of them twins. His wife works full time as a major executive for one of the country’s largest banks. They have an active social life and split their time between Manhattan and a country home. 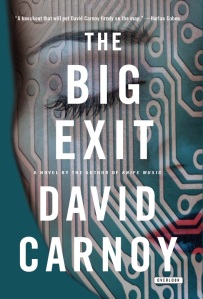 I was amazed! I have friends who have been trying to write non-fiction and/or fiction books for years. Their excuse for not completing them, is that they just don’t have the time. What they really mean is that they are too afraid to tackle the project, afraid of rejection, or just too lazy. I loved the words that David used when I asked him a few times how he manages. “You just have to learn to stretch yourself.” Wow, how powerful are those words? When I told David that I was overwhelmed by his answer, he didn’t seem to understand why I was so amazed.

“When you are born to write, you write,” he further articulated. “John Grisham said you have to be dedicated to write at least four hours a day. Michael Crichton wrote every day till noon and then quit.” David believes writers have to build up their stamina just like runners. You get to a point where you are writing five to seven hours a day. This is a good lesson to all of us who are quick to lay blame on not having enough time to write. “I get up at 4am every day and I write till my other responsibilities kick in. I try to get three pages written each day. I also write at night after the kids go to sleep. I have been known to lock myself in a closet to get work done. I have been doing this since high school. While ‘Knife Music’ and ‘The Big Exit’ are the two books that everyone knows me by, I have been writing novels for more than 25 years.”

I also asked David if he could see himself as a full time novelist. He was quick to answer that CNET is very important to him. “This is something I have been doing for a long time. The demands of the job keep me involved in the tech business and keep me disciplined. I also learn a lot each day and that is a very important foundation to everything else I do. My goal is not to become a full time writer but rather a bestselling author.”

One of the greatest challenges most self-published authors have is being self-disciplined. “I even have trouble. I sometimes think to myself that I should have written more by now. You can never be too disciplined. That is where the biggest struggle comes in. When you publish digitally and you don’t have someone looking over your shoulder reminding you of deadlines, then you really have to be extraordinary to make it work. Other than that, this is a time in our lives where everyone is in control of their own destiny. Let’s see who makes it.”