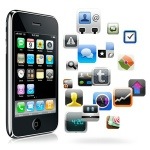 Did you see the story in the New York Times this morning about how difficult it is for software app developers to make a living?

When I read this story I just wanted to weep. The technology business moves so fast that one day you’re a hero, the next day you’re just another average nobody. You go from the highest of the high, to the lowest of low.

It is sort of like the entertainment business. I am fascinated by people who have such a passion for the arts that they are willing to starve their entire lives for the one chance of making it big. The same thing happens in the app business. Everyone who felt that they had the million dollar idea left their day jobs, cashed in their investments to float them for awhile, and begged others to chip in as well.

Before I go any further, I am not saying this is the scenario for every developer, but it certainly is for the majority of the 600,000 apps that are available today. Most of the app creators started out with an idea, immediately developed it and never really researched the market potential. They also have no money for marketing, so it just resides in the app store with little to no exposure.

The part that hurts the most is that developing apps today has become the so-called excuse for not doing something more substantial or more productive. I can’t begin to tell you how many people I meet at cocktail parties or other events who tell me they are busy developing an app, when I know they are basically using that line instead of saying they are out of work. I know too many friends who are still supporting their adult children because they supposedly got stung by the entrepreneur bug and want to develop an app. That really is a euphemism for “I am taking some time off from the real working world to screw around.”

I don’t know how it happens, but I often get asked to review the app concept by the grandparents, parents, friends or lovers. More times than not, the idea person can’t even articulate what the app is all about. They talk in circles and never get to the point. Then when you ask to see the business plan, they look at you like you’re asking them to recite the Gettysburg address. They don’t want to bother putting a document together because the “smart” investors will recognize their genius and just hand over the money.

I stopped taking meetings because I found out that I was putting in more time than the developer. I am not an authority on the true merits of an app, but I can spot a “slacker” from miles away. I really want to urge others who want to develop an app to do it at night or on weekends, the returns are just not there.

2 thoughts on “Is There an App for my Heartburn?”