A friend of mine asked me to counsel her grandson who doesn’t want to go to college. Instead, he would rather start his new Internet company that is going to focus on healthcare. He really has a good idea but I can’t spell it out. I signed a confidentiality agreement.

The 17-year-old has been talking about this since he was 13. He managed to write a business plan and convince enough angel investors to chip in a total of around $500,000. He is raring to go.

His parents have agreed to let him skip college for a year, but they are convinced that he will never finish his higher education. The grandfather said there is a lot of tension with graduation coming up, and he hates visiting his children and grandchildren while this is still unresolved.

I am meeting with the grandson soon. The date has not been set. I am not afraid of the conversation because I just want to give him my personal experience and that of Steve Jobs, Bill Gates, Mark Zuckerberg, and now David Karp. Karp is the founder of Tumblr who just sold his company to Yahoo for $1.1 billion dollars last Friday.

Coincidentally, I am came across a Forbes video interview that asked Karp if he was glad he dropped out of Bronx High School of Science to follow his dream. His answer is profound. I encourage you to watch the video to hear what Karp has to say. First of all, he is very articulate, poised, eloquent, and super cute. All the more reason to listen to his wisdom and be ready to answer any young person who may ask you for advice.

Karp’s answer is pretty much similar to those of the other names I mentioned above. I heard their answers many times over the years. File this for good measure.

If you Google Tumblr or Yahoo you can read all about the acquisition. Every media outlet covered it. Tumblr brings 50 billion blog posts (with 75 million more arriving each day) to Yahoo’s media network and search experiences. Tumblr has more than 300 million monthly unique visitors and 120,000 signups every day. The blogging and social media site is one of the fastest-growing media networks in the world, seeing 900 posts per second and 24 billion minutes spent on its site each month. More than half of Tumblr’s total users are using the mobile app and do an average of seven sessions per day. Its tremendous popularity and engagement among creators, curators, and audiences of all ages brings a significant new community of users to the Yahoo network.

The combination of Tumblr plus Yahoo is expected to grow Yahoo’s audience by 50 percent to more than a billion monthly visitors, and to grow traffic by approximately 20 percent. 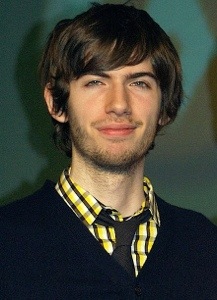 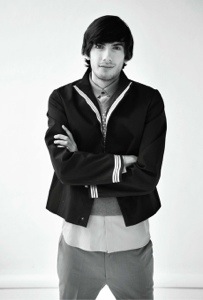