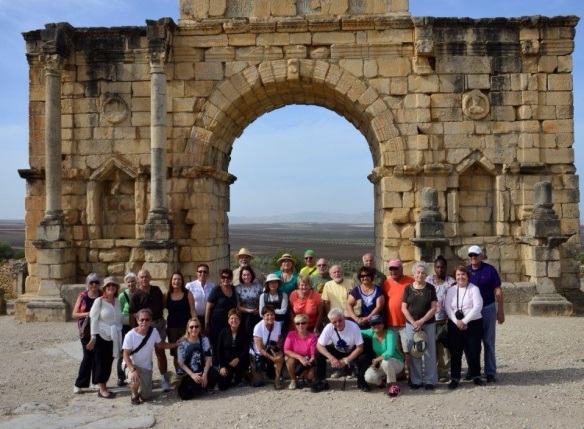 Our group visiting Volubilis, a partially excavated Roman city in Morocco. This is no ordinary bunch of seniors. We have an urologist, an out-of-print book dealer, a criminal lawyer, a fashion consultant, a school teacher, a professor of organic chemistry, a pharmacy owner, a real estate agent, a dentist, and a one guy who might be in the CIA.

I remember when many of my friends complained that their children and grandchildren spent too much time fixated on computers and electronic games. That was then. I am now convinced that seniors are rapidly becoming totally dependent on electronic devices as well.

I just have spent 12 days with the same 35 seniors who love their digital cameras, iPads, smartphones, and Kindles/Nooks just as much as the under 50-crowd. The minute we all get on the bus to travel from city to city, out come the gadgets. Everyone is either reading, listening to music or playing electronic games.

What surprised me the most is how many of my travel mates play games on a consistent basis. Many of them have ongoing Sudoku, Candy Crush, Words With Friends, and Solitaire games in-play at all times.

Very few sit idle. They have to exercise their minds as much as possible.

The photo above is Volubilis, a partly excavated Roman city in Morocco situated between Fes and Rabat. Built in a fertile agricultural area, it was developed during the 3rd century BC

Today it is a UNESCO World Heritage Site, listed for being a well preserved example of a large Roman colonial town on the fringes of the Empire. 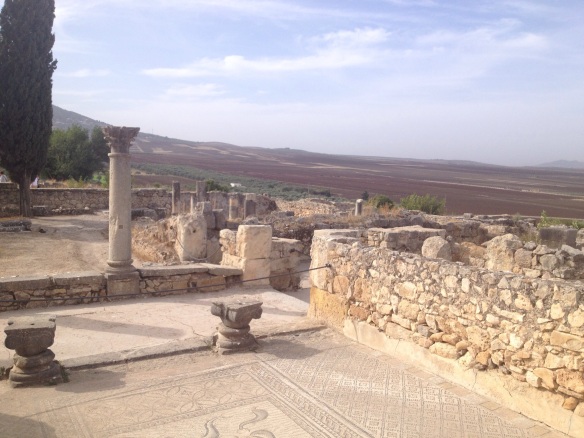