It’s been a long time since I was personally involved in a theatrical production. I forgot what an emotional experience it can be. When I saw the camaraderie amongst the cast of Hazel, I knew these actors desperately wanted to work together for the Broadway production. It’s going to happen.

Klea Blackhurst center, her sister and Peter Key, son of the creator of Hazel, Ted Key. 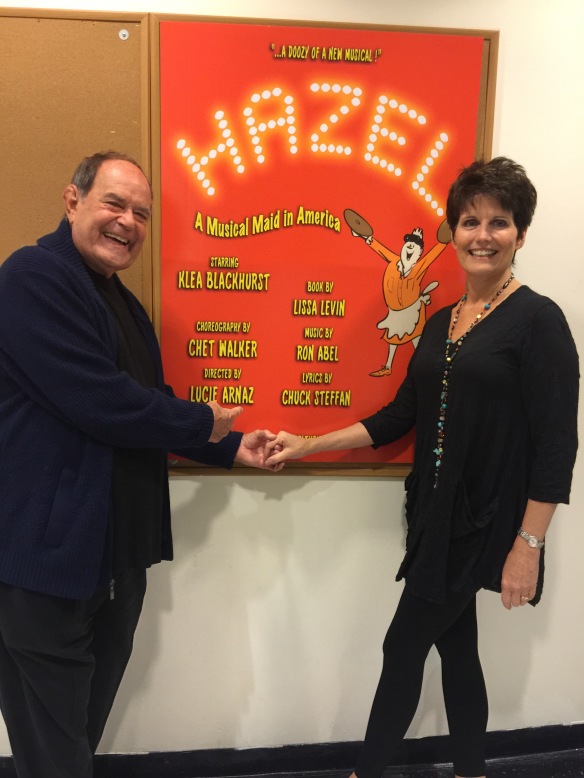 The Hazel workshop was directed by Lucie Arnaz and her husband, Larry Luckinbill. He had the role of Sgt. Kreppel.

Lots of hugs and kisses at the end.

Actress Michele Lee, showed up because she worked with so many in the cast. 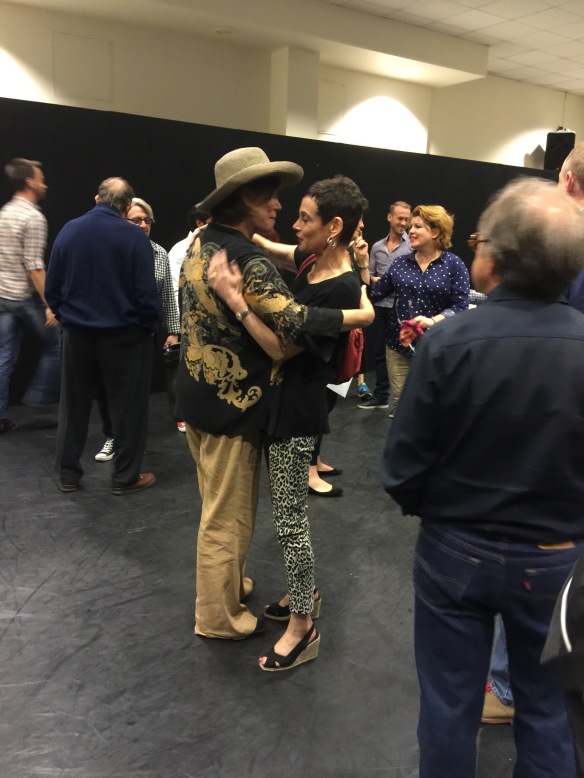