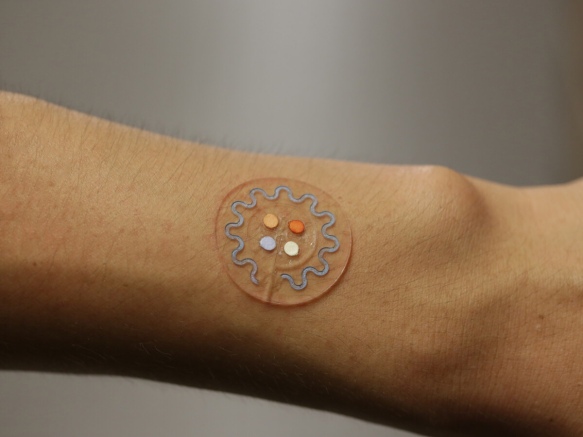 I friend of mine recently fainted in dance class. I have another friend who becomes disoriented from time-to-time. I also have a friend who keeps getting headaches.

Each friend has visited several doctors to find out exactly what is wrong. I was startled to hear the results. I thought it would be awful. It turns out they were all dehydrated.

Now they drink Gatorade or water every hour, on the hour. They are not taking any chances, especially as we get older. Doctors have told them that dehydration can lead to more serious conditions.

The trouble is that most people don’t know if they are dehydrated. That is currently being cured. Gatorade has developed a skin patch that tells you if you’re hydrated enough.

Dr. John Rogers, a Northwestern University professor, is working with Gatorade, to create a Band-Aid-like flexible patch that will let you know when you’re dehydrated. TWICE Magazine explains, “The transparent, silicone patch, the size of a quarter, can be placed anywhere on a body. As the person begins to sweat, perspiration flows through microfluidic channels within the patch’s reservoirs, passing through food-coloring dye and indicating the levels of chloride within the sweat.”

The Gatorade patch is due out next year. No price was given.