Eliot and I had a unique movie theater experience tonight. We actually saw the 1944, black-and-white, Arsenic and Old Lace movie from its original 35mm print. The film was presented on six reels.

Arsenic and Old Lace was presented at the Coral Gables Art Cinema. We are members. The theater is the proud owner of two 35mm projectors, two 70mm projectors and and a state-of-the art digital projector.

The movie was directed by Frank Capra and it was based on Joseph Kesselring‘s play Arsenic and Old Lace. The script adaptation was by Julius J. Epstein and Philip G. Epstein.

The movie was as good today as it was when it was first created 74 years ago. We laughed continuously. What a pleasant surprise. 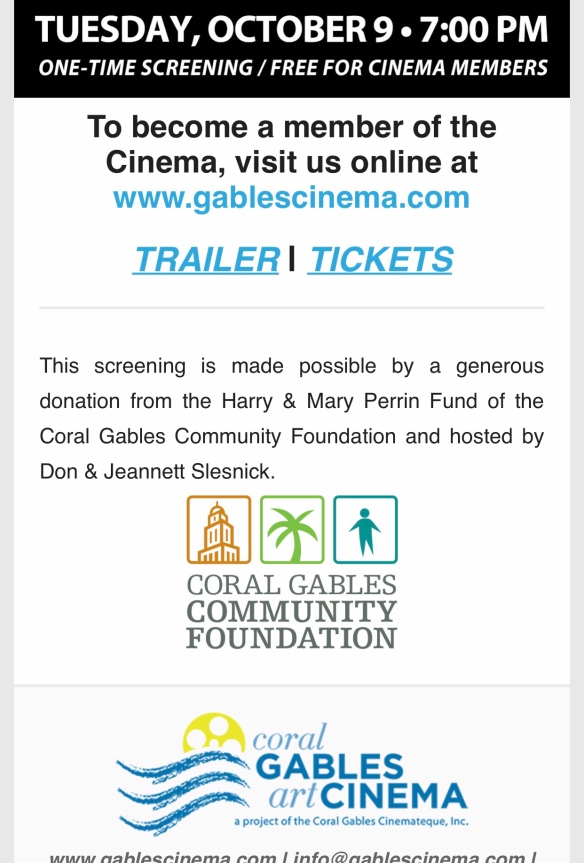 2 thoughts on “Arsenic and Old Lace”