A friend of mine recently sent the list below to me. He just retired from a job in publishing after 40 years, and now is auditioning for acting roles. He is one of those determined individuals that will make it happen. He claims whatever your dream is, it is not too late to achieve it.

At age 23, Oprah was fired from her first reporting job.

At age 24, Stephen King was working as a janitor and living in a trailer.

At age 27, Vincent Van Gogh failed as a missionary and decided to go to art school.

At age 28, J.K. Rowling was a suicidal single parent living on welfare.

At age 28, Wayne Coyne (from The Flaming Lips) was a fry cook.

At age 30, Harrison Ford was a carpenter.

At age 30, Martha Stewart was a stockbroker.

At age 37, Ang Lee was a stay-at-home-dad working odd jobs.

Julia Child released her first cookbook at age 39, and got her own cooking show at age 51.

Vera Wang failed to make the Olympic figure skating team, didn’t get the Editor-in-Chief position at Vogue, and designed her first dress at age 40.

Stan Lee didn’t release his first big comic book until he was 40.

Alan Rickman gave up his graphic design career to pursue acting at age 42.

Samuel L. Jackson didn’t get his first movie role until he was 46.

Kathryn Bigelow only reached international success when she made The Hurt Locker at age 57.

Louise Bourgeois didn’t become a famous artist until she was 78.

Allen can create these masterpieces within a few hours. Most of the time he doesn’t paint with a brush, he uses a palette knife. Below are a few of his pieces from a recent visit to Jerusalem. Further down is a series of work he did in Central Park this summer. I look at his paintings and immediately visualize my own stories. I guess that means his art is a job well done. 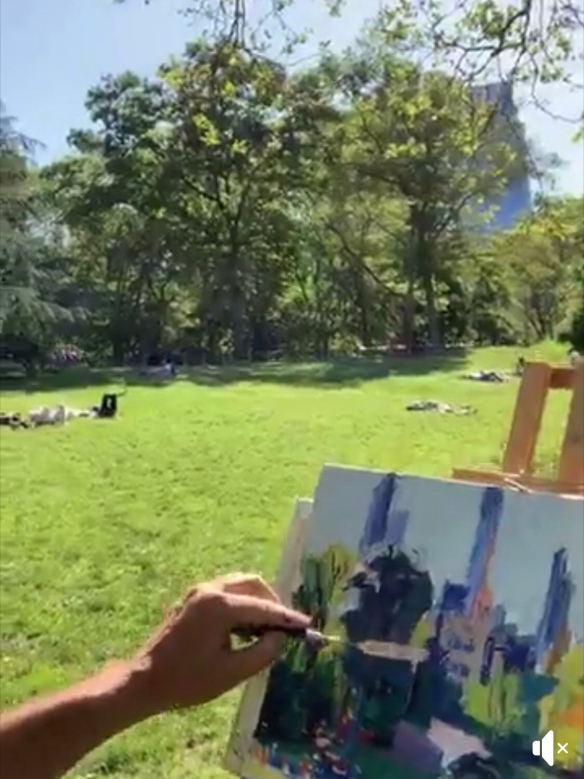 A photo of Allen at work. 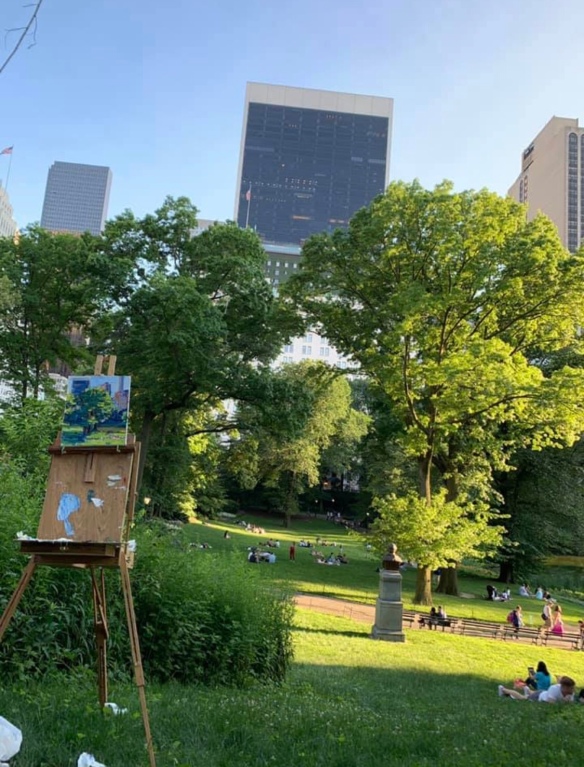 A photo of Allen’s work station. 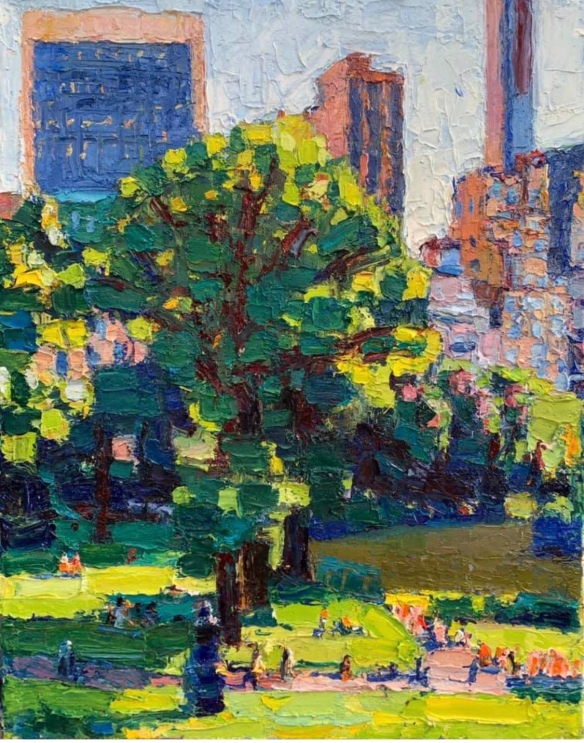 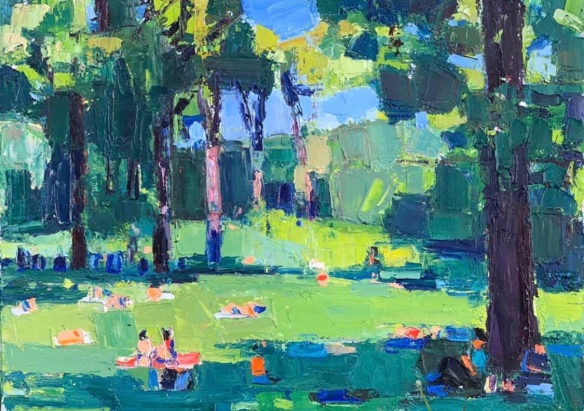 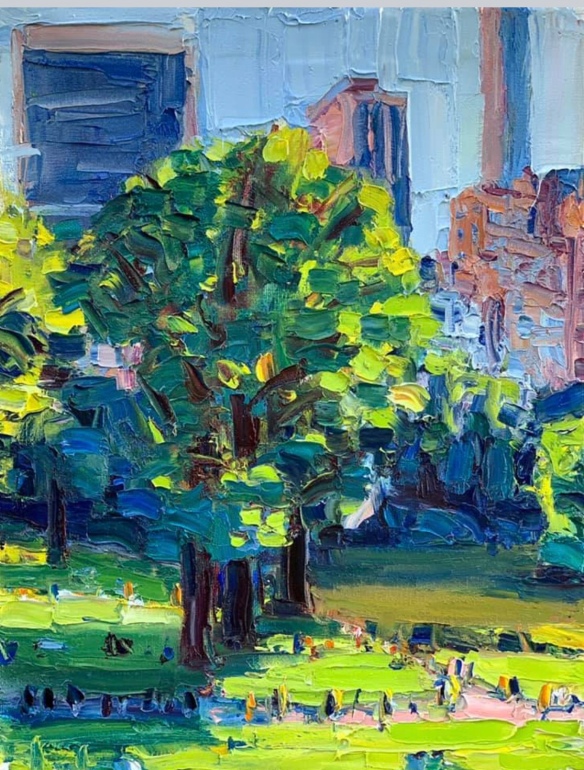 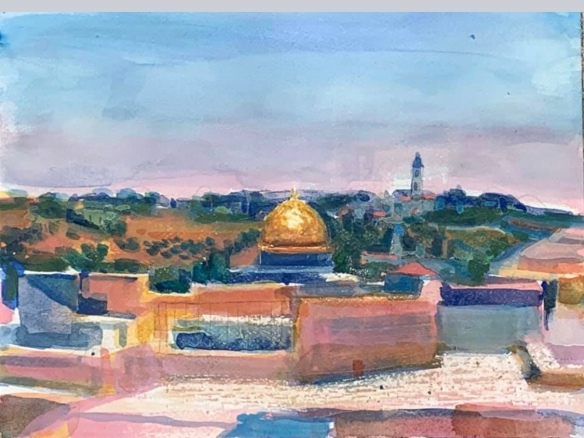 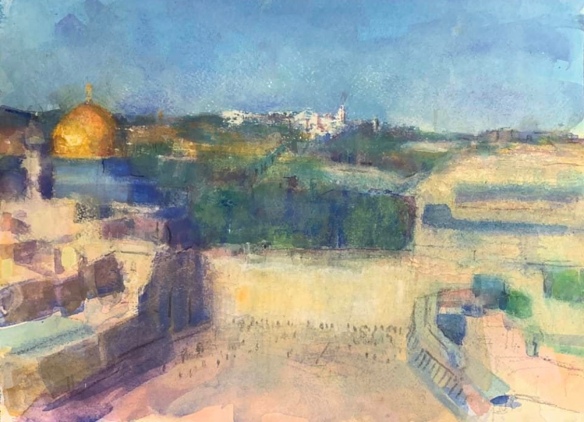 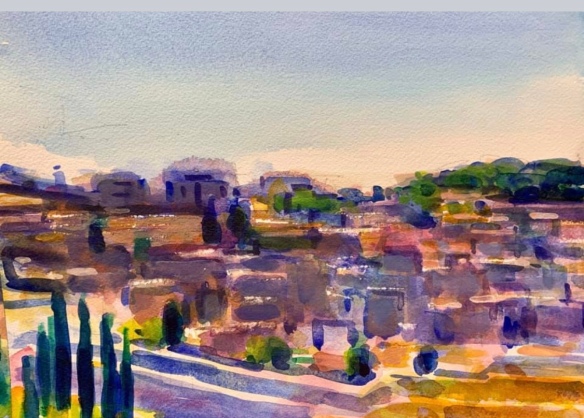 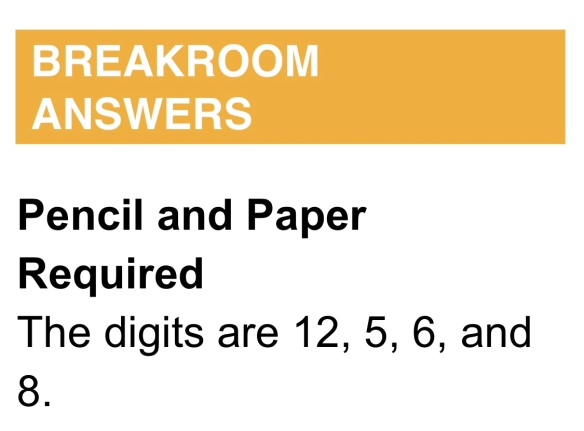