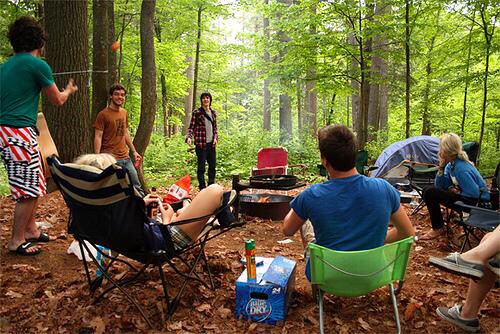 In my day, friends of mine went to sleep away camp to swim, play ball, and to find a summer love. Today, a growing number of children from the ages of 10 to 20, go to camp to learn how to become social media stars.

That’s why a sleep away camp like SocialStar in Los Angeles has a great chance of becoming a big business. Many more teenagers than we can imagine, want to get out into the workforce and become independently wealthy. I think many of them still want to go to college, but they also want to be major social media influencers.

The Verge tech site had a big story about this topic the other day. Click here to read it. The story outlines how envious most of the world is towards these “almost over night” sensations. The Verge article pointed out that many social media personalities claim that TV reporters and broadcast interviewers are somewhat nasty to them. When they get interviewed for stories about their success, there is often a “tinge” of jealousy.

Recently, a reporter from “Inside Edition” visited the house of a major social media influencer and learned that the teen was making hundreds of thousands of dollars a year. The reporter asked, ‘Do you have a degree in journalism?’ The teen said ‘No.’ The reporter then said, “How are you qualified to be in broadcasting?”

The simple truth is that you don’t need a degree to be a social media star. You need a personality. Sleep away camps teach social media skills.  The interesting part is that social media workshops are also popping up all over the United States for adults. As the country grows up, so do social media influencers.

Take advantage of this trend. It would be so much fun for you to be collecting a social security check and a social media one, at the same time.