Contemporaries often joke that Facebook is all about showing what you ate for lunch and selfies. Some of that is true, but a good part of it, is to express deep emotions.

A friend, Jordan Walker-Pearlman lost his uncle, Gene Wilder, this week, and used Facebook to post his sorrow. Jordan talked about Gene all the time. He loved him so. 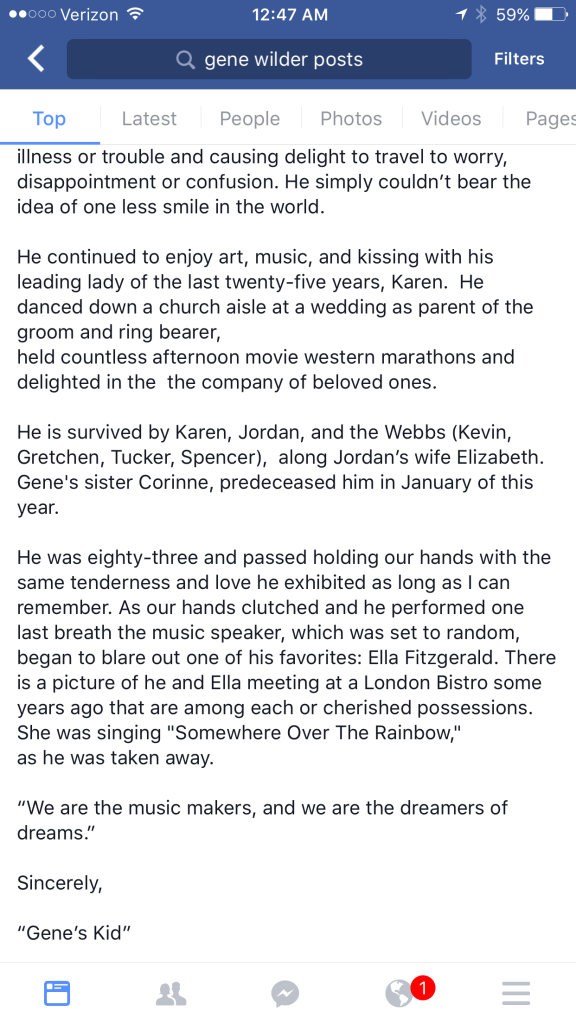 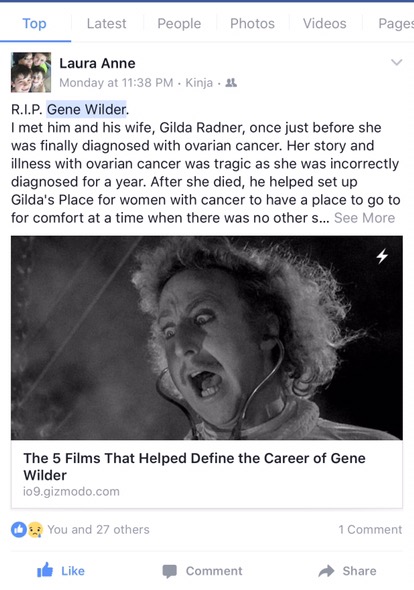 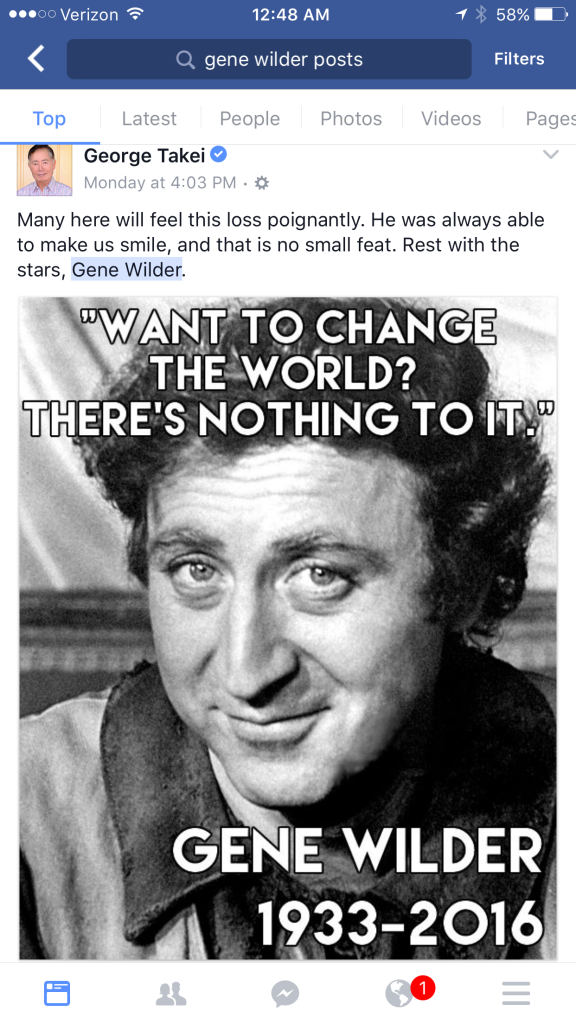 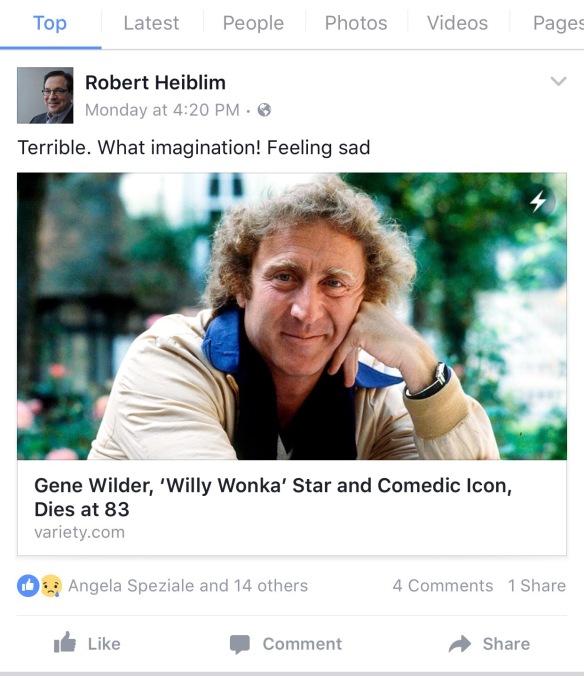 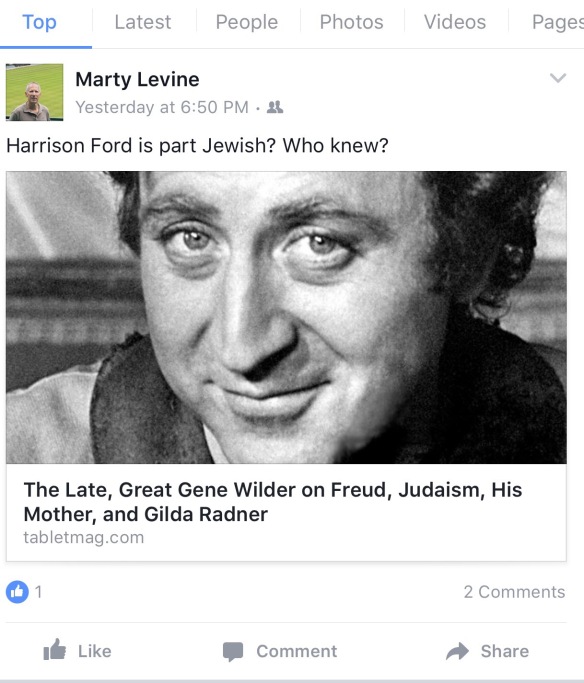 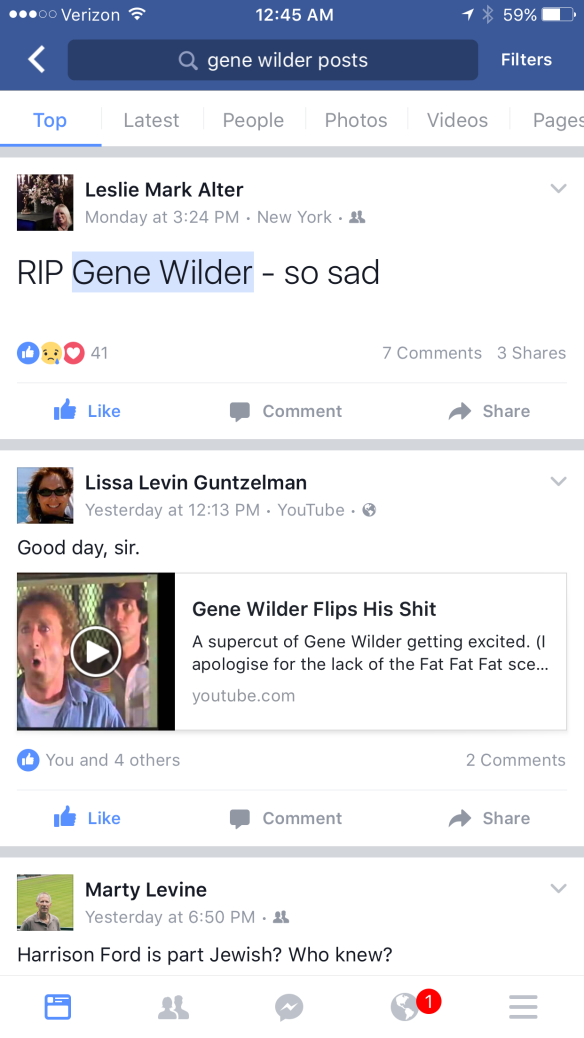 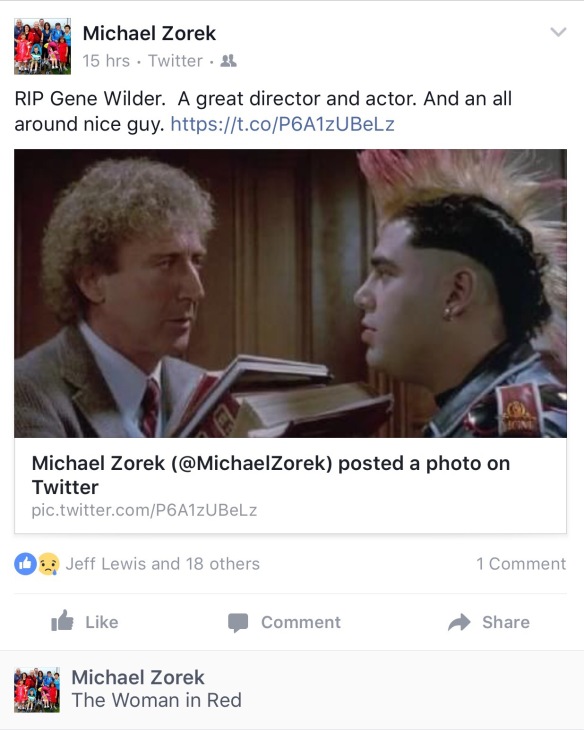 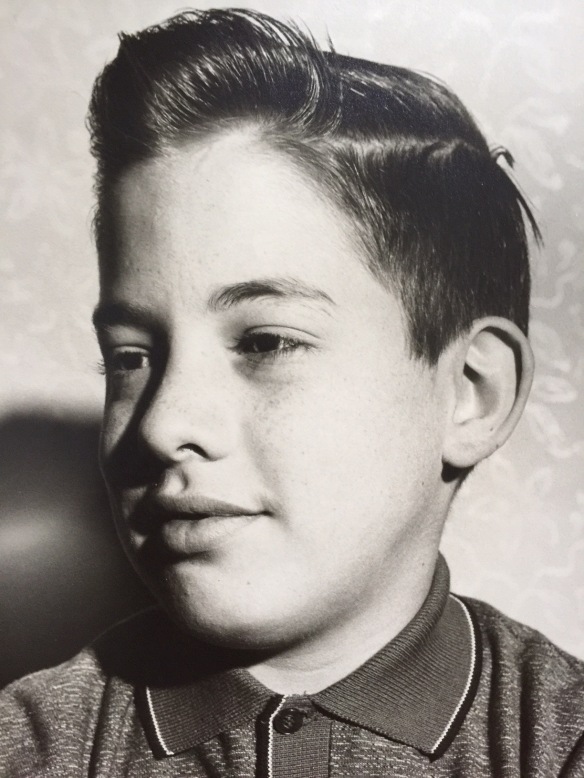 This little boy is 70 years old today. Eliot is not on Facebook, so I am taking this opportunity to display all of the good wishes he received on my and Whitney’s Facebook account.

Happy birthday Eliot. We love you 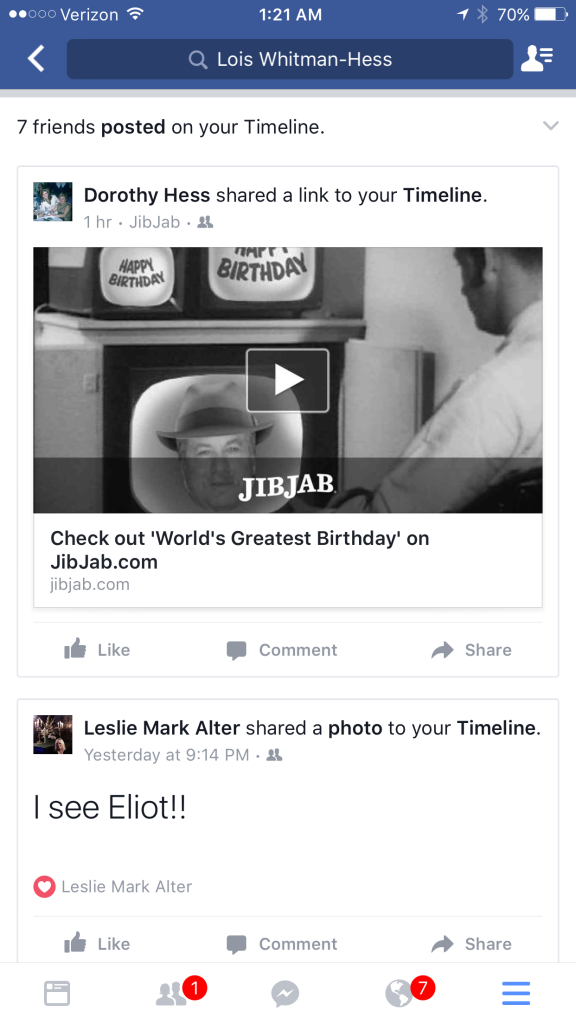 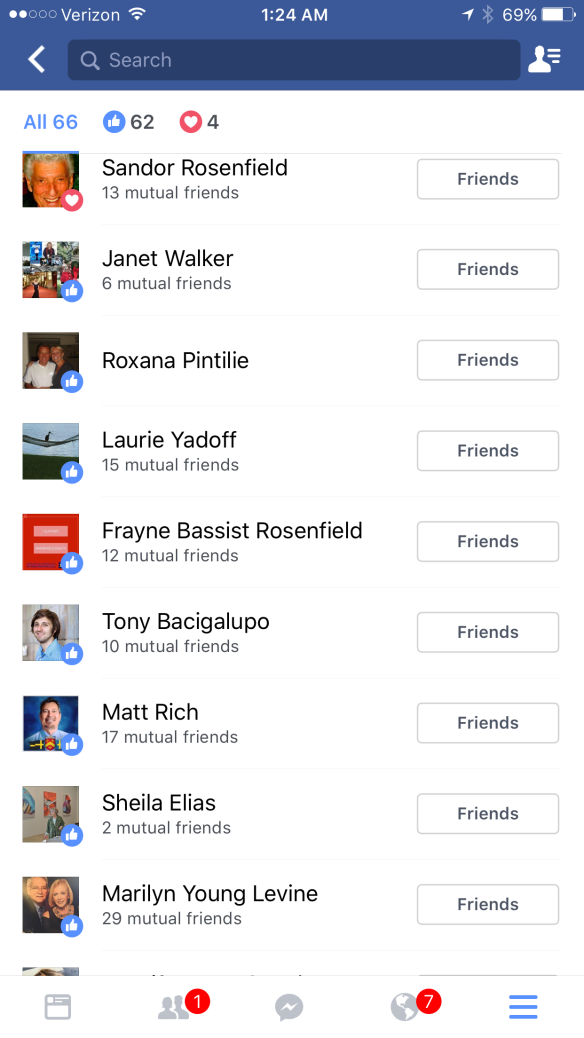 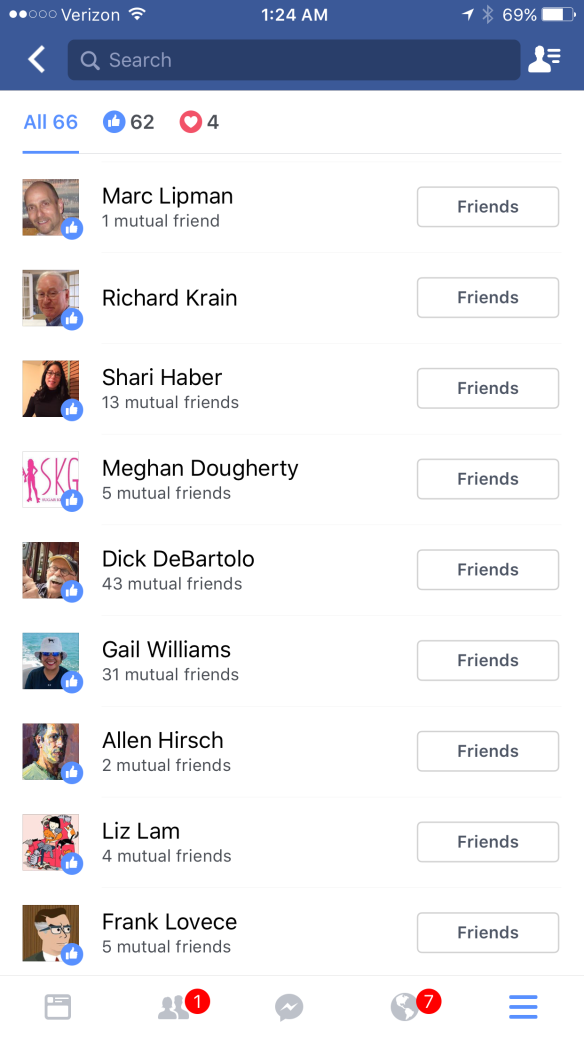 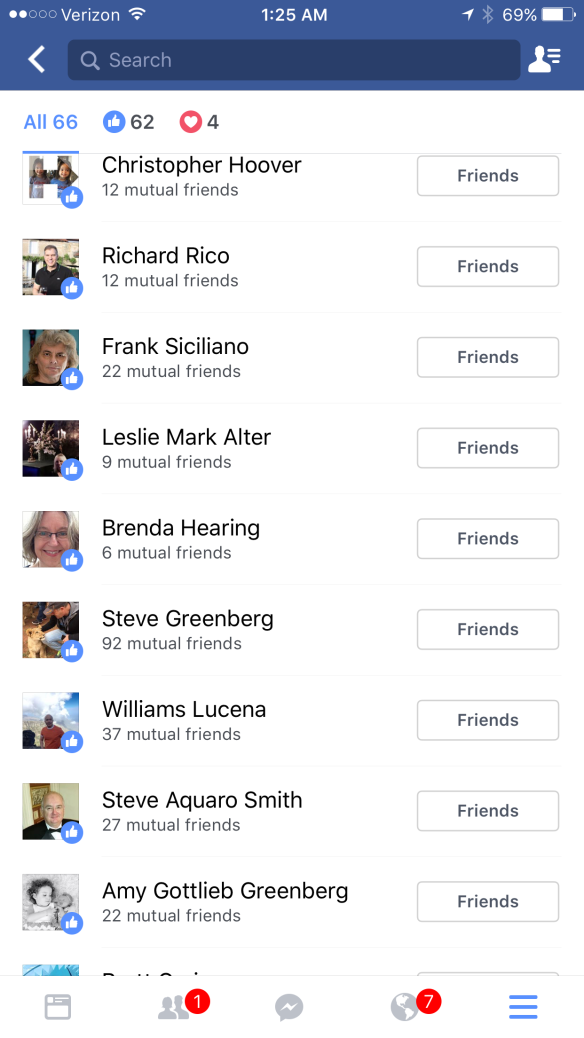 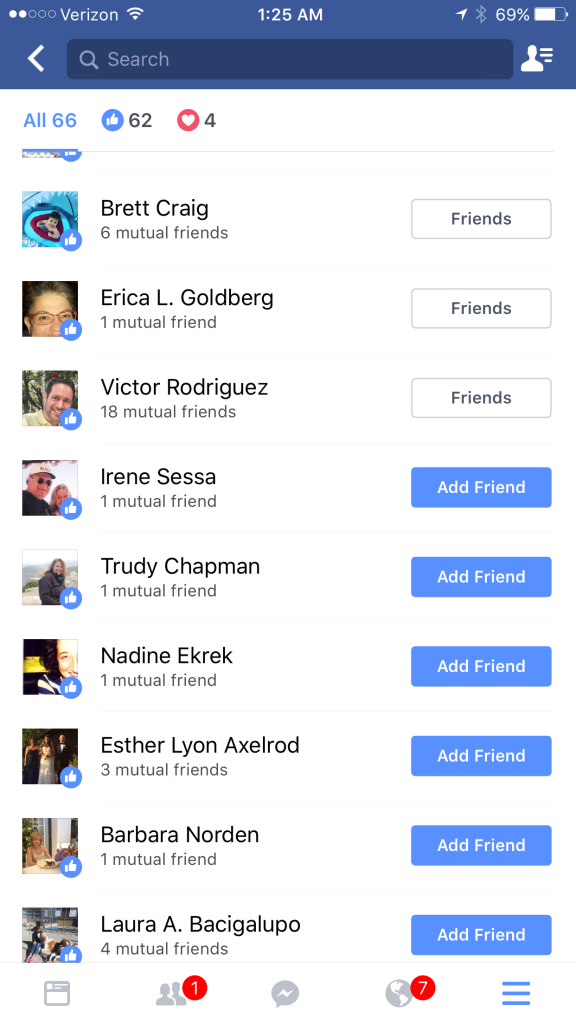 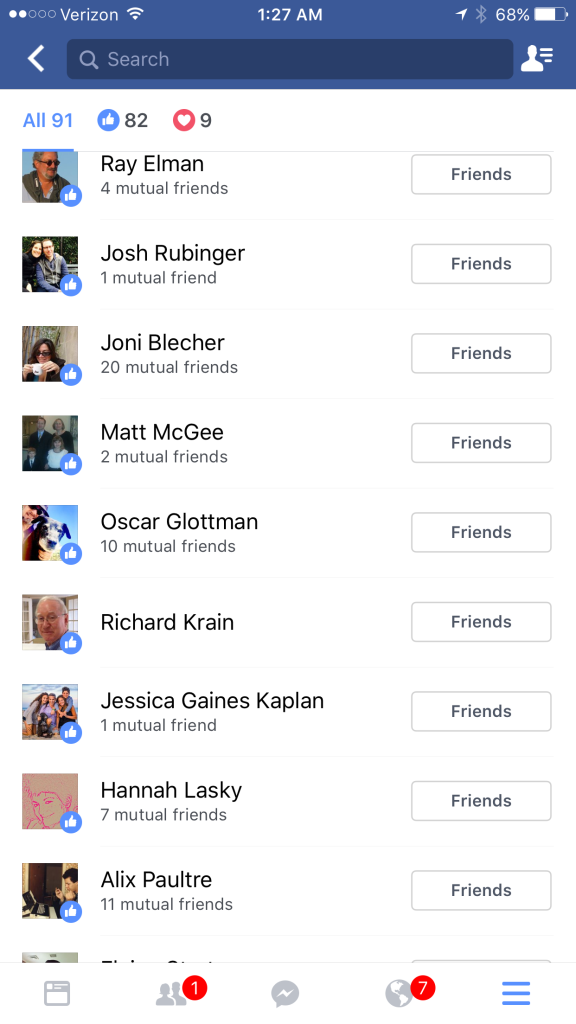 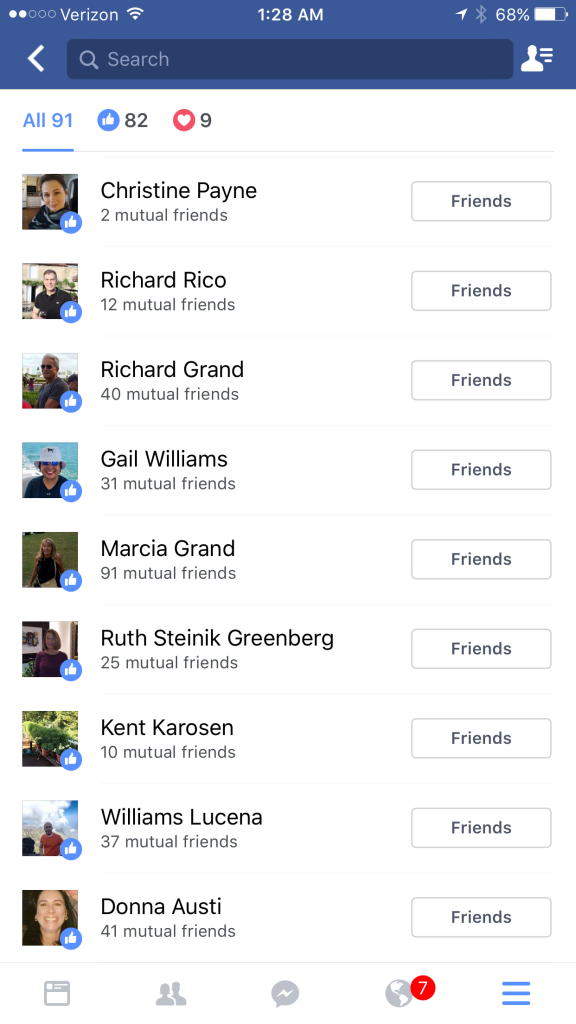 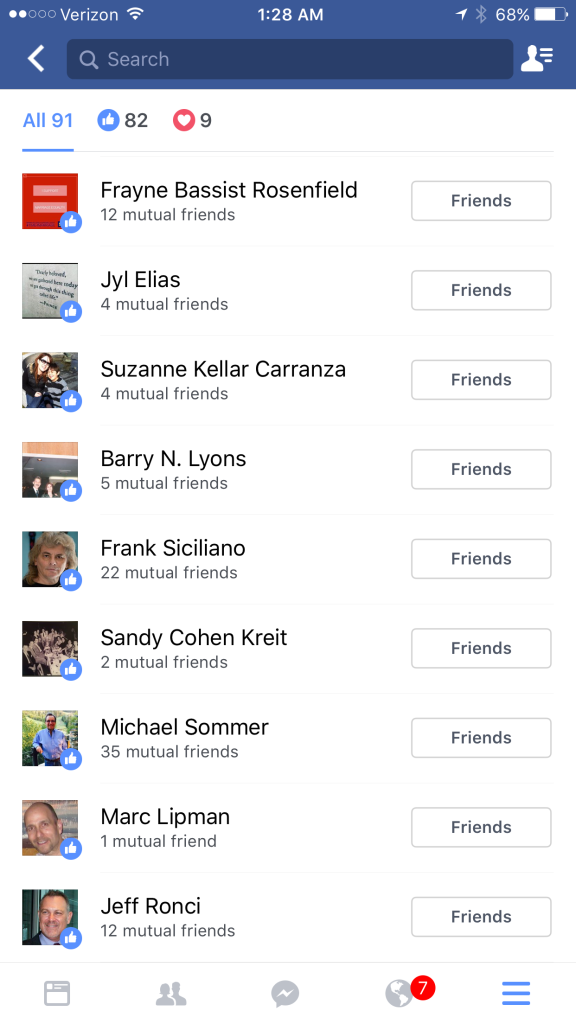 The Auction Began August 25 at http://www.AuctionCause.com

Every month, I have to find a well-known personality who is willing to sign a Waterpik Water Flosser so we can auction it off to raise funds for Hope Lives, a charity in Colorado whose mission is to provide those touched by breast cancer the support, knowledge, and care needed to complement their medical treatment.

The auction started August 25 and will run for 10 days. Bialik is best known for her lead role in the NBC show Blossom and more recently as Amy Farrah Fowler on one of America’s top comedy series, The Big Bang Theory. She also has a PhD in neuroscience and is the mother of two boys

Bialik is also known for playing the young Bette Midler in “Beaches” when she was 12. She has had guest roles on some of television’s most beloved shows of the 1980s and 1990s, such as “MacGyver,” “Webster,” “Facts of Life,” and “Murphy Brown.” She has appeared in Woody Allen’s “Don’t Drink the Water,” HBO’s “Fat Actress,” “The Secret Life of the American Teenager,” and in several episodes of “Curb Your Enthusiasm.” In 2014, Mayim joined Peter Funt in the TV Land relaunch of the original hidden camera reality show, “Candid Camera.”

Bialik is the author of two books: Beyond the Sling (March 2012, Simon and Schuster) and Mayim’s Vegan Table (February 2014, Da Capo Press). Bialik was born in San Diego, California to first-generation Jewish American parents, documentary filmmakers and teachers. Mayim earned a BS from UCLA in 2000 in Neuroscience and Hebrew & Jewish Studies, and went on to the PhD program in Neuroscience, also at UCLA. In the fall of 2007, she completed her doctorate, which examined the role of oxytocin and vasopressin in Obsessive-Compulsive Disorder in adolescents with Prader-Willi syndrome.

Bialik is also the founder of Grok Nation, an online community for people of all ages and backgrounds to dive deep into conversations on contemporary issues. The site hopes to lead to offline action, mobilizing individuals toward changing the world as a community.

My friend, Russ Rowland, is a  marvelous photographer. He worked with me at HWH PR for 15 years. He is now one of the most creative digital photographers ever. Just look at his work. Of course, the ones of Russ were taken by another gifted photographer. I wanted to show all.

I asked Russ to digitally enhance Eliot as “Mr. Broadway.” I wanted to surprise him. Russ really didn’t want to do it, because he only likes to digitally manipulate the photos he shoots. I begged him to try one, and he agreed,  but asked me to make sure I mentioned that he only did the post production.

I thought I would show you how Eliot’s photo turned out,  plus a few more Russ did on other assignments. Really makes you think. 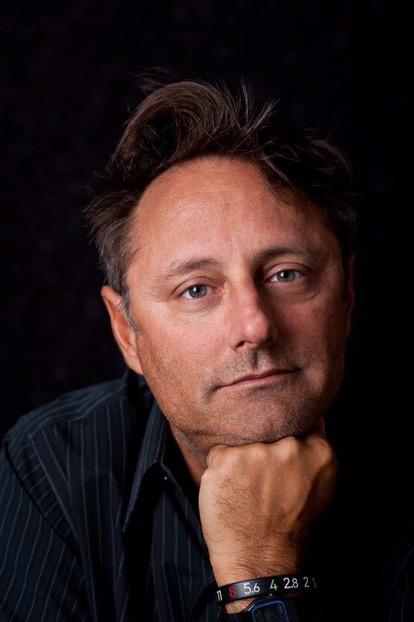 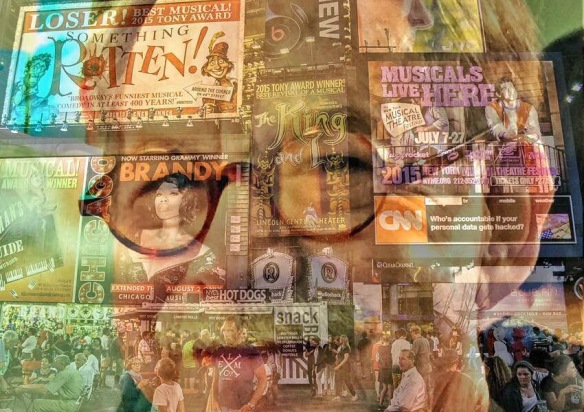 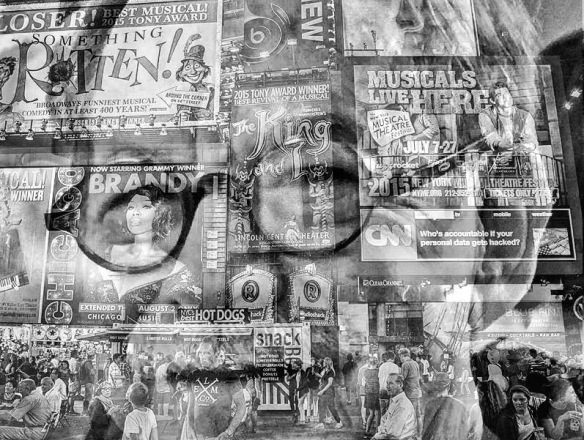 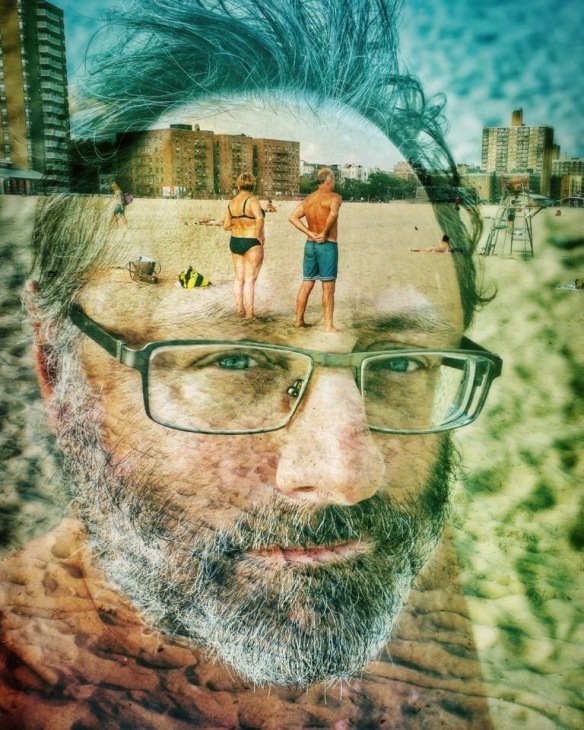 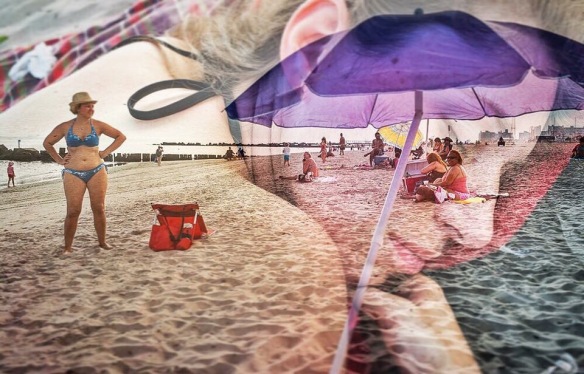 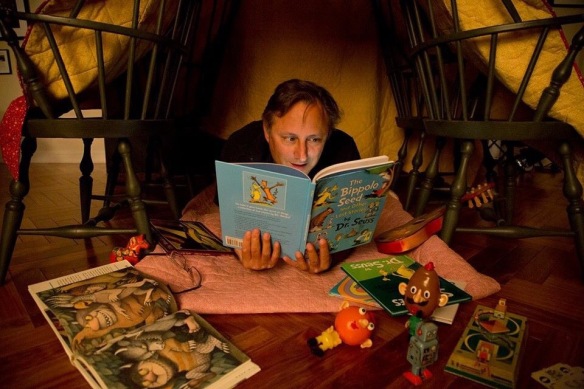 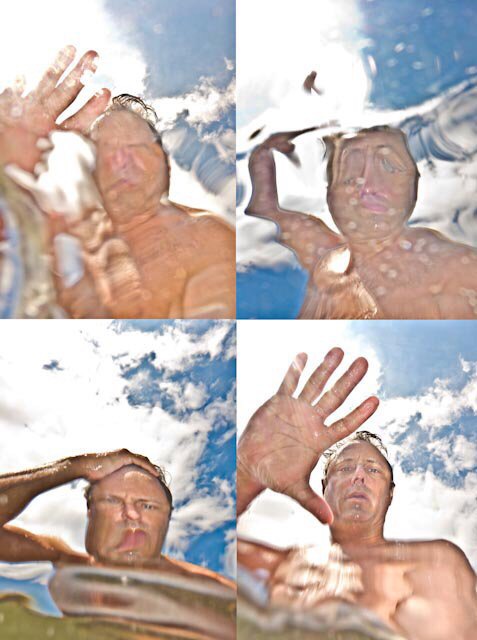 1-I’m not sure that many of my senior friends who use iPhones understand that they have to upgrade their iOS software immediately, otherwise they potentially run the risk of being a victim of security breaches.

Apple recently discovered several security mishaps that could make them vulnerable for undesirables to read their text messages, emails, contacts, and track calls.

Read all about it in the New York Times or Huffington Post.

2-Thank goodness for Amber Alerts. Today, I was sitting in a local coffee shop when all of a sudden the alarms went off on everyone’s smartphone. It was really weird hearing all of the sounds go off at the same time and listening to people’s reactions. Most of the customers were elderly and loudly remarking about the constant sound of the alarms.

It was upsetting  for me to hear the confusion and questions about what was going on. The alerts were being issued for a 3-year old Pennsylvania girl. The good news is that because of the miracle of the Amber Alerts, the girl was found safe just about two hours later.

Read about it in a WPIX report 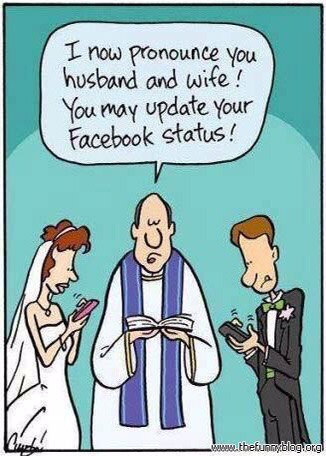 Eliot turns 70 on Tuesday. No major celebrations, just a few get togethers.Tonight turned out to be a big bonus because our friend Giselle Wolf Ungar was celebrating her birthday so a group of us went to Feinstein’s 54 Below to hear Michael Feinstein and Marilyn Maye perform. It was outstanding. We had such a great time. David Hyde Pierce sat right next to us. He will be playing with Bette Midler in Hello Dolly on Broadway next year.

Then  we went to Chuck Steffan and Ron Abel’s inside-outside condo (they have a huge terrace where more friends gathered to wish both Giselle and Eliot happy birthdays.

Whitney joined in on the festivities. 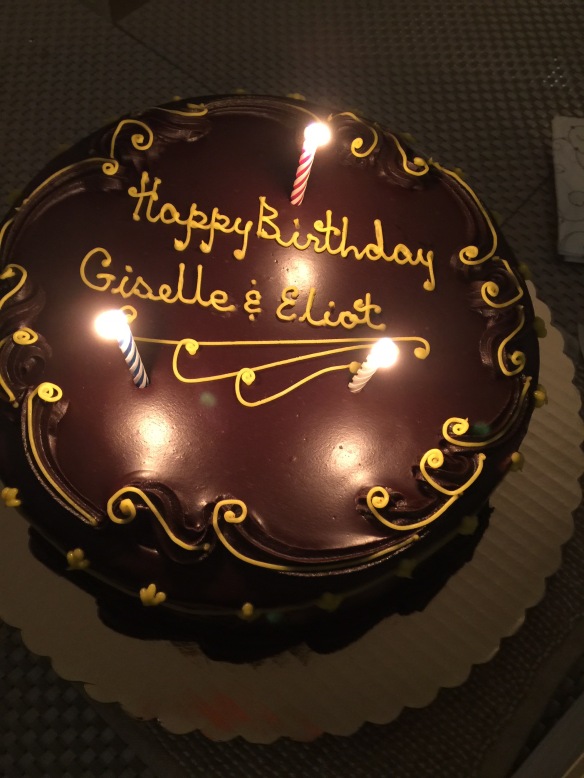 Ever since we put our NYC co-op up for sale, a flock of birds have been landing on our window sills for a few minutes of rest. In all of the 40 years we have lived here, maybe this has happened once or twice a year.

Now, it happens several times a day. The birds brush up against the window so it sounds like they are knocking to get in. The trouble is that the windows got so dirty from the rain, that I can’t see them as vividly as I would like.

Sometimes we get two or three birds at once. Eliot and I just stop what we are doing and watch them until they fly away. Some birds hang out for a while. I started to tape them so I can see a replay when I don’t live here anymore.

The new buyers of our co-op unit were just interviewed by the board of directors, a procedure done before the final purchase. We are getting closer to when we hand over the keys. I’ve taken digital pictures and videos of everything when this apartment was filled with furniture, and then without. It’s nice to know that my memories are in my camera roll.

If you are offended by my headline, take a look at the photo above. Better yet, watch Gayle King, of CBS This Morning, on the above video talking about the shape of the world’s largest aircraft.

It’s part airship, part helicopter and part plane. The 300-foot Airlander 10, manufactured by the British aerospace company Hybrid Air Vehicles (HAV), is reported to be 62 feet longer than an Airbus A380.

I heard about the flying machine during a phone call with a blogger from London who was asking me about a virtual reality product. He told me that he felt like he was in fantasy land for the last few days because all of his reporting was about science-fiction type inventions.

When I asked him what he was talking about, he mentioned, “The Flying Ass.” I quickly Googled it and couldn’t believe there wasn’t  more coverage on this.

The aircraft’s recent maiden flight in Bedfordshire, England, was only for 20 minutes. However, newspaper reports that the Airlander can stay airborne for up to five days at a time. It can carry up to 10 tons of cargo at a maximum speed of 91 miles per hour.

It has a strange shape, according to several periodicals, because it is filled with air helium in the carbon fiber hull. That is supposed to “eliminate combustible hydrogen that caused the Hindenburg to turn into a ball of fire in 1937.”

My British blogger friend said that governments all over the world will be using the Airlander for commercial purposes. I couldn’t find a definite confirmation.

You read it here first. You may be seeing a flying ass above you in the not-too-distant future.

Conde Nast Traveler was one of a few publications to report on the Airlander. Check it out here.
. 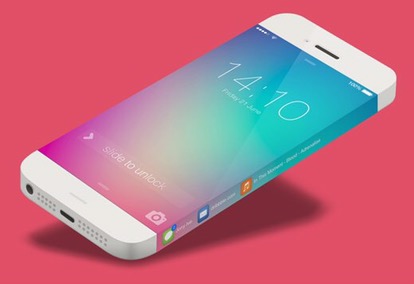 I have been so in love with my iPhone 6 Plus, that I just don’t know how I will ever upgrade to the iPhone  7. I want to share seven anticipated features. I wonder if you think these features are miraculous.

If you don’t understand some of the language below, click on the New York Post link. Everything will be explained.
1. Never run out of storage.
2. Share your current location with friends more easily.

3. You can remove stock iOS apps.

7.Read Receipts can now be toggled on a user-by-user basis.

For some reason, the older we get, the more these words make sense.

“Isn’t it funny how day by day nothing changes but, when we look back everything is different.” —C.S. Lewis

“What terrifies religious extremists like the Taliban are not American tanks or bombs or bullets, it’s a girl with a book.” —Malala Yousafzai

“Of all sad words of mouth or pen, the saddest are these: it might have been.”—John Greenleaf Whittier

“We’re all going to die, all of us, what a circus! That alone should make us love each other but it doesn’t. We are terrorized and flattened by trivialities, we are eaten up by nothing.”—
Charles Bukowski

“Some people die at 25 and aren’t buried until 75.” —Benjamin Franklin

“A ship in port is safe, but that’s not what ships are built for.” —Admiral Grace Hopper

“Two possibilities exist: either we are alone in the Universe or we are not. Both are equally terrifying.” —Arthur C. Clarke

“If you could kick the person in the pants responsible for most of your trouble, you wouldn’t sit for a month.”—Theodore Roosevelt

“You wouldn’t worry so much about what others think of you if you realized how seldom they do.” —Eleanor Roosevelt

“Yesterday I was clever and tried to change the world. Today I am wise and try to change myself.” —Rumi

“Another belief of mine: that everyone else my age is an adult, whereas I am merely in disguise.” —Margaret Atwood

“Everyone you will ever meet knows something you don’t.” —Bill Nye

“The first problem for all of us, men and women, is not to learn, but to unlearn.” —
Gloria Steinem

“The most merciful thing in the world, I think, is the inability of the human mind to correlate all its contents.” —H.P. Lovecraft

Never forget that everything Hitler did in Germany was legal.” —Martin Luther King, Jr.

“I would venture to guess that Anon, who wrote so many poems without signing them, was often a woman.” —Virginia Woolf

“Nothing in life is to be feared. It is only to be understood.” —Marie Curie

“Give a man a mask, and he will show you his true face.” —Oscar Wilde