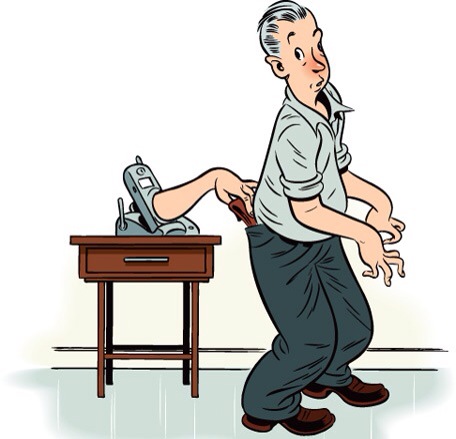 Below is an email I received from my friend Ben.

HI Lois! I wanted to make you aware of a big scam being perpetrated on many senior citizens. Unfortunately, my 87 year old uncle just fell prey to it. My uncle received a call from some guy claiming to be with Microsoft Windows. Microsoft had detected that his PC was being hit with a computer virus or malware. He sounded very official and my poor uncle complied with his instructions to make some specific keystrokes on his PC. He unknowingly gave the phony guy access to his PC’s MS Windows OS which was then put in a frozen state. It became non-functional.

Again, he described the problem as a virus and malware and told my uncle that he could assist him remotely. In order to fix the problem, he had to pay $200. The so-called service guy would provide him with four years of protection. This incident would never happen again. He told my uncle that he would send him an electronic invoice on his PC screen.

My uncle needed to sign it electronically and give the caller his credit card information. At this point, my uncle finally thought that something was wrong. He hung up on the scammer and frantically called me.

My uncle had the scammer’s Caller ID. It was an 800 number. I called it and the scammer answered claiming he was at at a Microsoft’s Windows customer service office. There was a lot of noise in the background as if it was some sort of a boiler room operation. When I questioned the guy he hung up. I called back and he hung up again. Then he totally blocked my number from getting through.

I then called Microsoft’s headquarters in Redmond, WA and was connected to their corporate security folks. I explained what had happened to my uncle. The guy at Microsoft said that they were aware of the scammers and that they were already working with the FBI on a massive investigation.

Microsoft told me that the real end game for these scammers is to get the Credit Card information from the targeted seniors and then sell that information to other criminal elements. It’s a shame that seniors are so trusting. 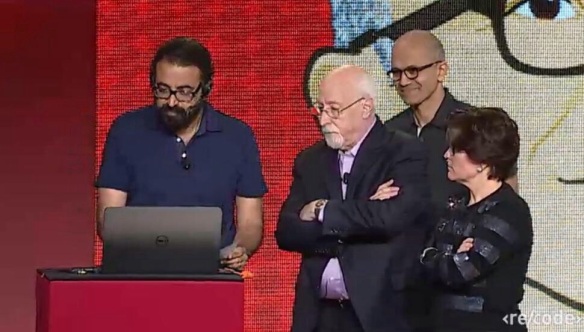 The big news today is that Microsoft will be introducing a real-time speech-to-speech translation feature on Skype by the end of this year. The announcement was made by Microsoft CEO Satya Nadella during an onstage interview at the Recode Code Conference in Palos Verdes, Calif.

Just so everyone who reads DigiDame understands, Microsoft owns Skype. Microsoft has been desperately looking for ways to bring back some of the glory it lost over the years to Google, Apple, and Yahoo. Adding a translation feature to Skype is a major milestone in the tech world.

To have the ability to talk to someone who doesn’t speak your same language is mind-boggling. Skype was always a tremendous asset because it allowed you to speak and see someone on the other side of the world. You also had the ability to text chat. The real-time language translation just makes Skype an invaluable personal and business tool.

Microsoft didn’t really explain how the language translator works. I think they want to perfect it first. I’m all for that. The minute this feature becomes available, I’m going to be first to use it.

Here are some of the things I want to do:

1-Call Nadia in Bologna, Italy. She is the wife of my friend Mel. She doesn’t speak a word of English. Every time we get together, Mel has to translate. I am sure he is filtering. We will finally be able to chat one-on-one.

3-I want to so speak to authors, newspaper reporters, bloggers, and broadcasters in other countries. I always had to access these people through other PR people . I want to hear their opinions about politics, health, music, tech, and lifestyle first hand.

I am sure my language wish list is longer than that. This is just a starting point. I would love to hear your ideas as well. 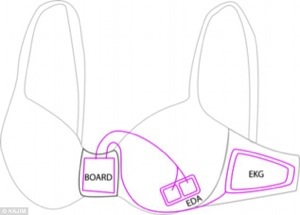 In the future, a woman who goes out to buy a bra might have a choice to buy a smart one. That’s right, even bras are going digital.

A group of researchers at Microsoft have developed a prototype bra that uses sensors to follow a woman’s mood. The goal is to help prevent stress-related eating disorders.

I bet you like what you are reading so far. The Microsoft team want undergarments to multitask. Not only do they keep you in place but now they detect stress. The experimental project uses the woman’s own bra in the beta test, embedding it with electrocardiogram and electrodermal activity sensors (PDF), gyroscopes, and accelerometers.

Data from the sensors was sent to a smartphone app so the women could track moods. The researchers were able to see whether the women were stressed via the mobile mood-detection system. If the subjects see the signs of stress that usually lead to overeating, they can make better choices in the moment.

It would nice to have a wake-up call that stops you from overeating. Just never thought it would come from my bra. 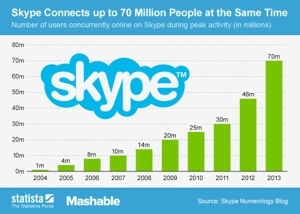 I have some friends who spend three to four hours a day on Skype. It has changed their lives. Family and friends who live far apart now see each other on a daily basis. It has truly changed the world of communications.

1) The average time spent on a Skype conversation is 27 minutes.

2) Active Skype users spend 100 minutes a month on the service.

3) Thirty five percent of small businesses use Skype as a primary service.

4) Forty percent of all Skype calls use the video feature.

Just 10 years agoonone million users used the service at once. In 2011, 30 million people made Skype calls at the same time, which is less than half the number concurrently connected . 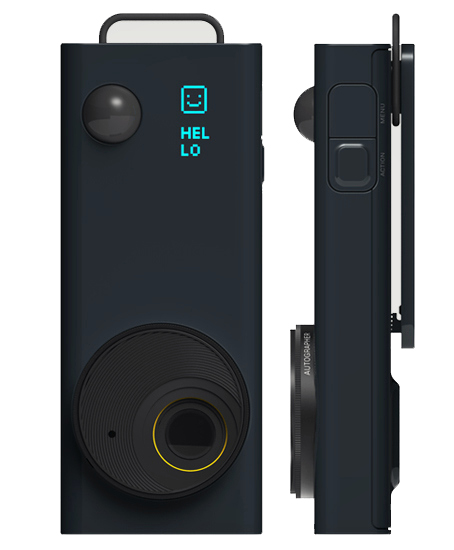 You can ask the same thing about photography. If a photo opp presents itself, and a photographer is not around to shoot it, does that mean it never happened?

OMG Life, a British tech firm, is addressing that question with a new groundbreaking camera that will never allow the perfect picture to be missed again. The new automatic camera, called the Autographer, is going to “change the way we think about photography.” It takes the photographer out of the process.

I first heard about this game changer a few months ago when an English friend of mine showed me pictures he took at a party he attended. I asked him who took the pictures because there was something special about what was captured. I was looking at free-spirited, candid shots that I just felt my friend had no ability to take. I didn’t tell him that but he could sense it from me. I am not saying that my friend is not a good photographer, but his photos are always very staged. The photos before me were a slice of life that only a voyeur or a risk-taker would snap. They were very interesting and made me feel that these kind of candids were a new twist to his usual photo stories. 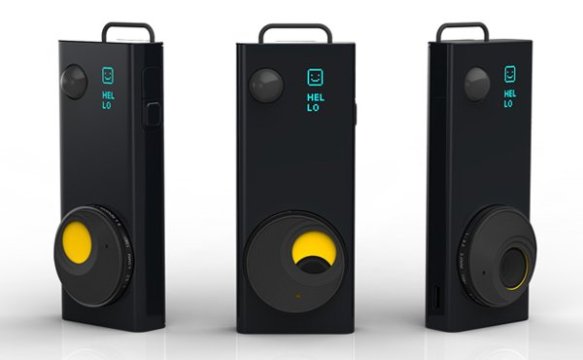 He then told me about the Autographer and I just had to share it with you. The camera is a hands-free, digital unit that automatically takes thousands of photographs a day and stores them for review on a smartphone app. The software was developed by Microsoft. You can hang the camera on a wall but it was really designed to be worn constantly. The camera repeatedly takes pictures as the owner/user goes through his or her daily life.

Here is what the company says about Autographer.

“Housed in a relatively small, discreet black case, the camera is designed to be worn on a necklace lanyard, or on the strap of a bag. It has five on-board sensors to detect changes in temperature, light, motion, direction and color, and uses those cues to take shots with its wide-angle lens. The camera has a 136-degree field of view, meaning it can capture more of a scene than a typical camera phone. It also features 8GB of memory and takes 5-megapixel images, allowing it to store many days’ worth of pictures. Thanks to a Bluetooth chip on board the device can interact with your smartphone via a bespoke app, letting users manage their photos, export video files and GIFs and delete specific images if an unwitting subject objects.”

The Autographer is being formally debuted in the UK next month. It will cost around $300. It should arrive in the United States a few weeks or months later depending on OMG distribution deals.

The big question for Americans will be if they want to be in the company of someone wearing the Autographer camera that is forever shooting? It could present a new “take” on the world.

(Eliot just previewed my blog post. He said “no one will buy this camera. No one wants to go through thousands of photographs.” I couldn’t disagree with him more. He is a photographer that likes to carefully examine each photo. Not me. I can flip through hundreds, thousands of photos and pick something that appeals to me pretty quickly. I am looking for something different. He is looking for something perfect).