Whitney and Fredrick are in India at a friend’s wedding. The bride went to school with Whitney at Carnegie Mellon.

The second set of photos are from tonight’s charity event we attended at The Sanctuary Church in Ft. Lauderdale for the Julian Fountain of Youth in Haiti. Our friends Randy Bridges and Ron Moorman invited us. 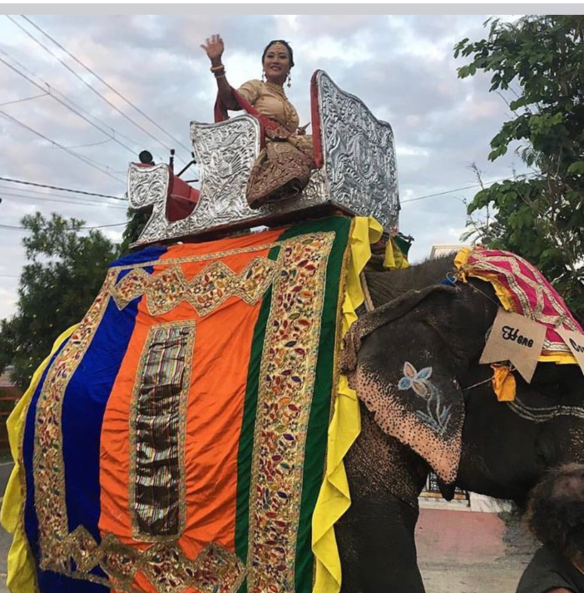 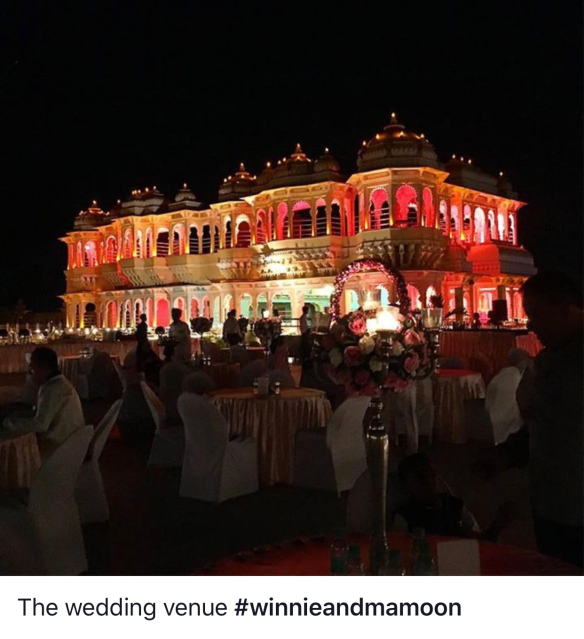 Back in Ft. Lauderdale.

Getting ready for the drag show 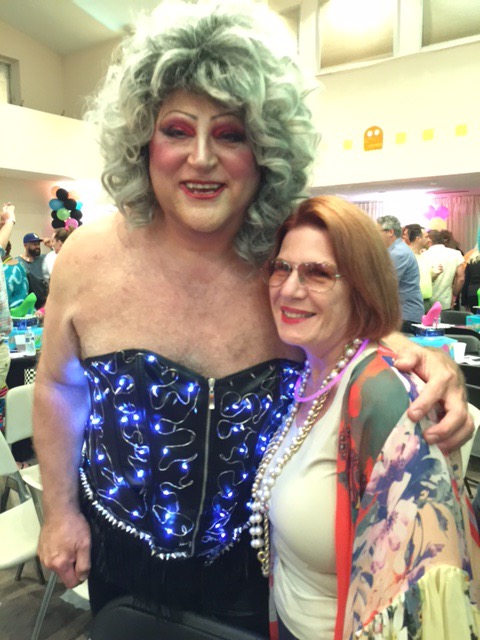 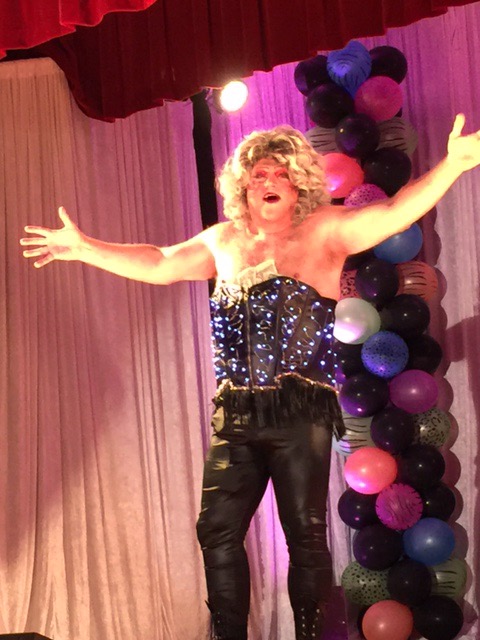 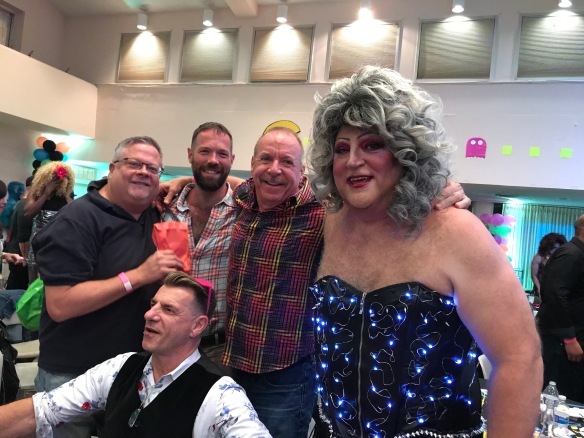 Randy and Ron on left with friends 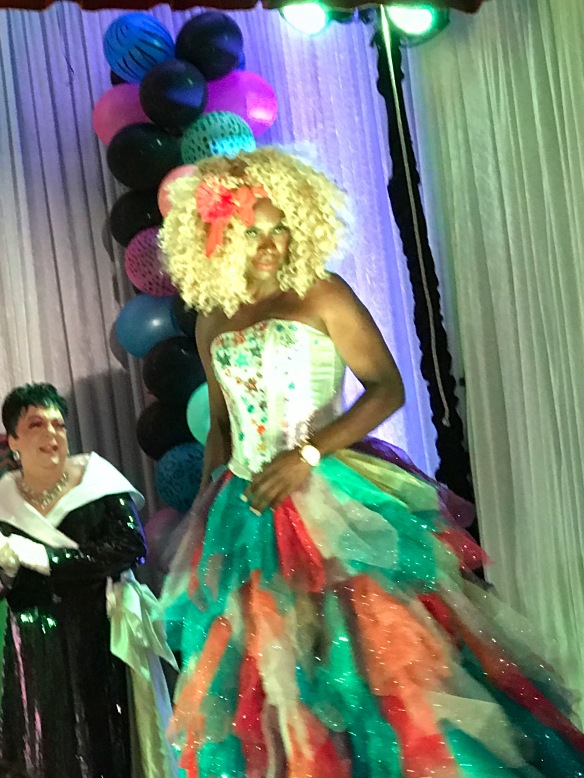 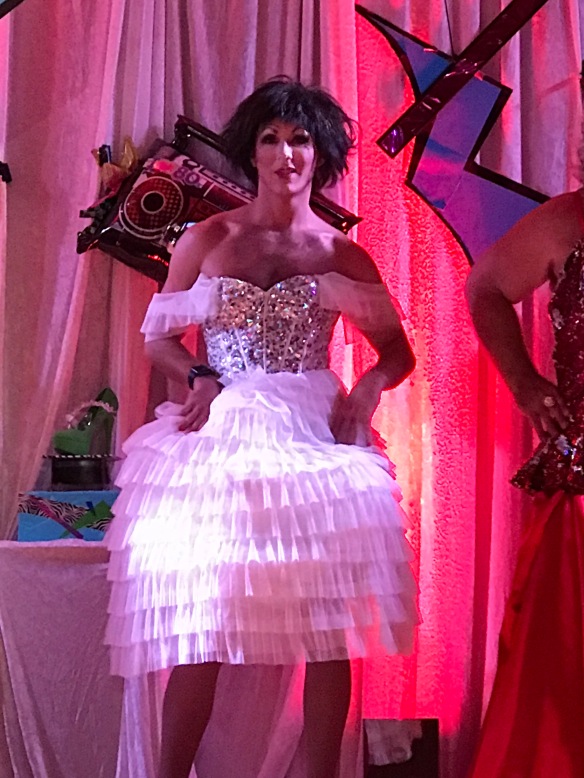 This is the list for our yahrzeit memorial candles. Please let us know if we missed anyone. This is very important to us. We think of these special people all the time. Thank you 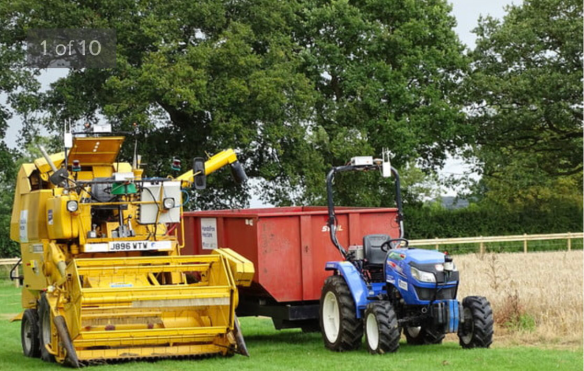 More bad news for the human race. Robots are becoming farmers. The good news is that robots are capable of increasing efficiency. I read a story in Digital Trends that said drones and self-driving machines are taking over. There is one farm in rural England that is completely operated by robots.

You can read all about it here. The story explains how the Harper Adams University in the United Kingdom, along with an agricultural company named Precision Decisions, are conducting a experiment to remove humans from farming.

Robots now know how to plow, plant, fertilize, and harvest. Watch the video to see farm robots in action.

No more jokes about the farmer’s daughter. 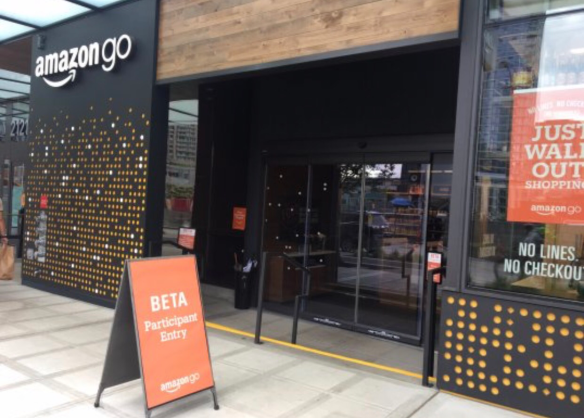 The online company that has put so many retailers out of business, is now expanding its operation with many different types of physical locations.

I used to think that an online business truly meant online. Nope. Amazon now has physical locations in malls, shopping districts, and in industrial complexes.

The many different Amazon businesses  include:

· Amazon partners with Kohl’s and will start accepting Amazon returns at 82 stores in Chicago and Los Angeles. Ten stores will feature an “Amazon smart home experience.”

Business Insider recently did a great wrap up on all that Amazon has become. You can read it here.

We attended a benefit for the New York Pops tonight at Feinstein’s 54 Below. The star of the cabaret-type show was our pal Lucie Arnaz, accompanied by our other good friend, Ron Abel. The headliner, Lucie, really sold out the house. It was standing room only. Lucie is married to actor Larry Luckinbill. They have five children. Eliot and I won this in the silent auction, a day with Random House authors. Maybe they can help me finish my book.

One highlight of the evening was that Lucie sang “Until Now,” created by Ron Abel and Chuck Steffan. Since Eliot and I are friends with all three, it was  a thrill to hear it. It’s such a gorgeous song that I hope you share it with others.

The other highlight of the evening was when Lucie sang “They’re Playing Our Song,” from the Broadway musical of the same name. She was the female lead and Robert Klein was her costar. The book  was written by Neil Simon, lyrics by Carole Bayer Sager, and music by Marvin Hamlisch.

A writer I worked with 40 plus years ago recently sent these puns to me. It’s amazing how you can keep in touch with someone for so many years now because of the internet. Thank you Walter Salm for putting a smile on my face.

1) The fattest knight at King Arthur’s round table was Sir Cumference. He acquired his size from too much pi.

2) I thought I saw an eye doctor on an Alaskan island, but it turned out to be an optical Aleutian.

3) She was only a whisky maker, but he loved her still.

4) A rubber-band pistol was confiscated from algebra class because it was a weapon of math disruption.

5) No matter how much you push the envelope, it will still be stationery.

6) A dog that gave birth to puppies near the road was cited for littering.

7) A grenade thrown into a kitchen in France resulted in linoleum blown apart.

8) Two silk worms had a race and ended up in a tie.

9) A hole in the wall was found at a the nudist camp and police are looking into it.

11) Atheism is a non-prophet organization.

13) I wondered why the baseball kept getting bigger. Then it hit me!

14) A sign on the front lawn at a drug rehab center: “Keep off the grass.”

15) The midget fortune-teller who escaped from prison was a small medium at large.

16) The soldier who survived mustard gas and pepper spray is now a seasoned veteran.

18) In a democracy, it’s your vote that counts. In feudalism, it’s your count that votes.

19) When cannibals ate a missionary, they got a taste of religion.

20) If you jumped off the bridge in Paris, you’d be in Seine.

21) A vulture carrying two dead raccoons boarded an airplane. The flight attendant looked at him and said, “Sorry, sir, only one carrion allowed per passenger.”

22) Two fish swim into a concrete wall. One turns to the other and says, “Dam!”

23) Two Eskimos sitting in a kayak were chilly, so they lit a fire inthe craft. Not surprisingly, it sank, proving that you can’t have your kayak and heat it too.

25) Someone sent ten puns to friends, hoping at least one of the puns would make them laugh. No pun in ten did.

I have found a great solution.  The Simplehuman voice-activated sensor trash can.  For $179.00, I can buy a garbage can that I can talk to.  If I say  “open” the top of the can will open.  I can also wave my hand in front of the sensor and the lid will open.  Special sensors for voice and motion do all the work.

The Simplehuman trash cans come in a variety of sizes, colors and prices. Colors include silver, white, rose gold and black .

Read more about the Simplehuman trash can in Digital Trends

You have to stop what you are doing and watch  this video. I have never experienced what I felt when I first saw it. I remember how to dial a phone, yet is seems like a lifetime ago. It looks familiar, yet it seems so strange.

That’s the word that describes how I feel, strange. This video almost gives me the creeps. I’m watching one famous person, after another famous person, dialing a phone, and then eventually pressing buttons  I’m sure there  is some deep psychological meaning behind this video. For me, it’s spooky. Everyone looks they are a child playing with a toy..

I came across the video when I was searching for new art exhibits in NYC. I found out that the Paula Cooper Gallery is presenting Christian Marclay’s “Phones” at its New York venue. The exhibition entitled “Phones,” includes the early works by Christian Marclay comprising sculptures and a video.

I’m anxious to hear your reaction to the video. It may put a smile on your face, while you may start crying inside. Technology has changed so much. And we have lived to see it all.
. 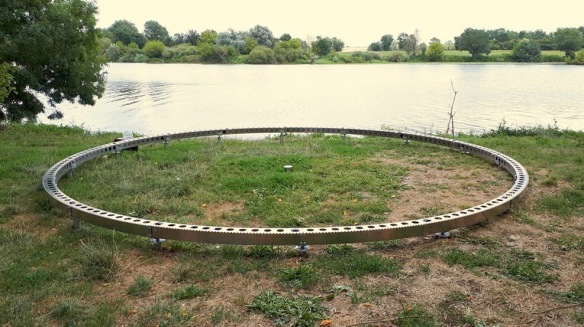 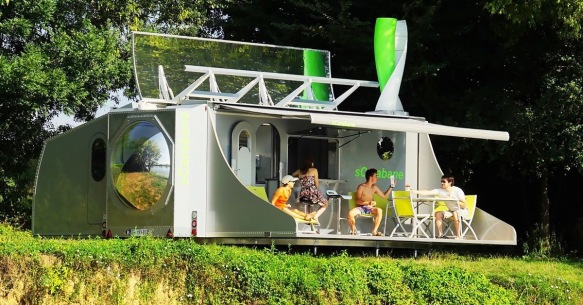 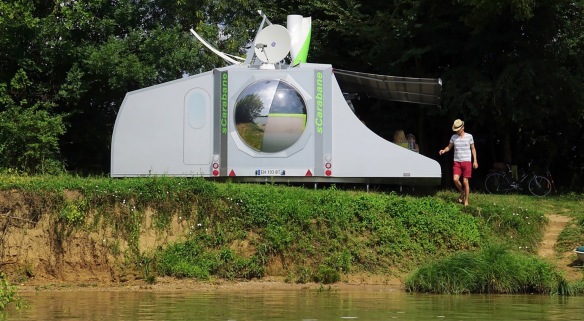 Eliot and I will be traveling to Paris next month for a mini CES tech show that showcases start-up companies. I am very excited because I am anxious to see the new innovative products coming from the French.

I first noticed that France was very innovative productwise at the last CES in Las Vegas when I witnessed a football field of French companies showing off their creative wares. There were lots of start-ups from many other nations, but France had the most. A few years ago, it was Israel. I guess, it’s all very cyclical.

One company that has caught my attention recently is France’s Green Cat Technologies. They just unveiled the sCarabane, one of the most unique camper trailers you have ever seen. When it’s on the road, it looks like a 26-foot silver mobile truck, but it unfolds into a useful, 420-square-foot tiny house.

Watch the video. It will surprise you.

At the campsite, the sCarabane sits on a circular stand that allows it to rotate. The tiny house features a front deck, two rear bedrooms and a very modern kitchen.  An adjustable bubble window features a reflective shade to control natural light and heat.

No word on pricing.