Addendum: We saw “True West” tonight. Miss it. Totally juvenile. The following was written hours before we saw the show.

I have been in the tech world for ages, but it still amazes me that there is such a thing called a podcast that I can access at any time, on any subject. This became apparent to me when I noticed that Variety has a podcast called “Stagecraft,” available every Tuesday.

Coincidentally, Stagecraft recently interviewed Ethan Hawke because he is appearing on Broadway in the stage production of “True West.” Eliot and I are going to see it tonight.

It was very exciting to listen to the background of why Hawke wanted to do this play and what it truly means to him. It’s going to make a huge difference on how we are going to watch “True West” and realize what the actor is thinking as he says his lines.

Download and subscribe to “Stagecraft” on iTunes, Stitcher, or anywhere finer podcasts are dispensed. Find past episodes here and on Apple Podcasts.

This is the link to Variety

A Moment In life

I was mesmerized at @maccosmetics on Fifth Ave yesterday while I was buying up my favorite lipstick shade. I couldn’t get over how lovingly this husband was looking at his wife while she was having her makeup applied. He was thrilled for her. A moment in life. 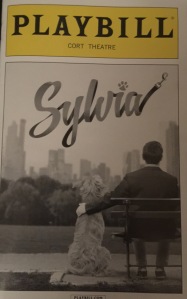 Tony, Victoria, me, and Eliot at the bar in the CitizensM Hotel, Times Square

I met Broadway producer Victoria Lang when she was working in the TV business on the Regis & Kathy Lee show. This was several decades ago. I was a young publicist and she was a young TV producer.  Fast forward to today. Victoria is a well known producer on the Great White Way who keeps bringing great properties to the stage.

Tonight we got to see her show, “Sylvia,” at the Cort Theatre. My friends Ruth and Howard saw the play a few weeks ago and really liked it. Eliot and I laughed so much because it was so clever and thought-provoking that I would see it again and again.

If you ever had a dog, or you love animals, then you must see this play. It speaks right to you. We have had three dogs over the span of 30 years and could relate to the emotions on the stage in a big way. It’s about a businessman, played by Matthew Broderick, and his dog Sylvia, played brilliantly by Annaleigh Ashford. The play is extremely clever in the way it’s presented.

I go from loving the digital world, because of the technical capabilities it affords us, to the calm of tranquility. 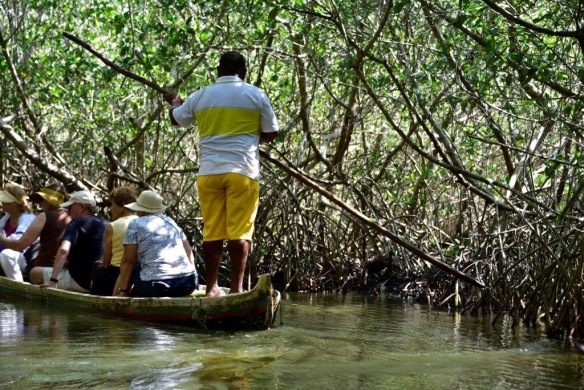 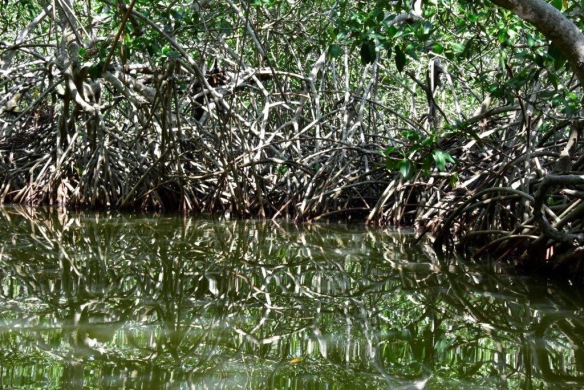 Where would I rather be? The truth is, both places.

Meanwhile, back at the ranch, (my workspace), I just received an email from Broadwayworld.com.

I wanted to let you know that we’ve just posted Tech Writer David Pogue to Make Guest Appearance in 39 STEPS Off-Broadway on http://www.broadwayworld.com/off-broadway at:

Nice way for a publicist to end her day.

Eliot and I have been behind closed doors for the last two days with all of the folks involved in bringing Hazel to Broadway. Hazel is a musical about a fictional live-in maid named Hazel Burke and her employers, the Baxters. The TV series, of the same name, aired from September 28, 1961, to April 11, 1966. The TV show itself was based on the popular single-panel comic strip by cartoonist Ted Key, which appeared in the Saturday Evening Post. 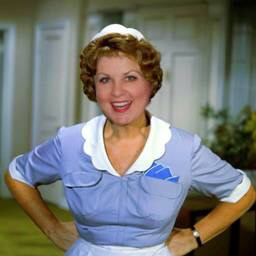 Shirley Booth was Hazel on TV.

Our friends, Ron Abel and Chuck Steffan, licensed the rights to Hazel from the Key family. Ron is the musical composer and arranger and Chuck is the lyricist.

Eliot with Ron and Chuck.

The book was written by Lissa Levin and the show was directed by Lucie Arnaz. Chet Walker was the choreographer.

We were told that we absolutely couldn’t take pictures during the workshop, so this is what I could sneak in.

One of four audiences. 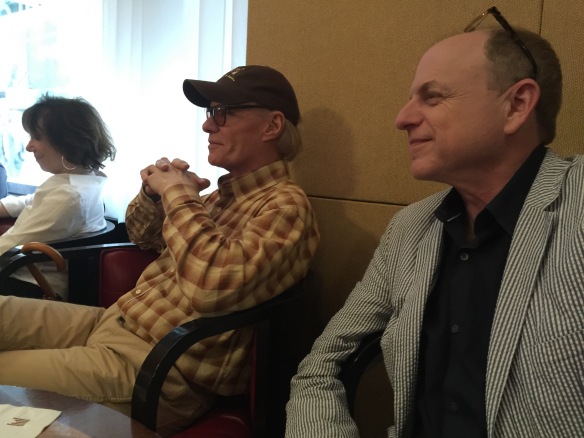 The insiders debriefed after two workshops. Hazel received standing ovations. Everyone was very encouraged. Fundraising starts and the marketing begins.

I wrote a blog post months ago about a guy who I always see around New York City but never say hello to because he claims he doesn’t know me. His name is Larry Hymes and he lives in Los Angeles but travels to Manhattan frequently. He used to live near Queens College and I lived in Hilltop Village in Hollis, Queens, maybe five miles apart. I knew him for almost two years, 16 to 18 years old. He was at my Sweet 16 Party the night John F. Kennedy was killed. We were friends (no sweetheart crush) and saw each other once a week and spoke on the telephone to each other practically every night.

Larry was very good looking, the perfect example of tall, dark and handsome. He wasn’t a scholar and neither was I. We were a perfect friend match. Larry dated a few of my girlfriends, but no long term relationships. I don’t remember what happened but we lost touch.

About seven years ago, just after my mother died, I couldn’t sleep and I started searching the Internet for lost friends. This was way before Facebook and LinkedIn. Larry was one of many I was searching out. Somehow, someway, I found him on the Internet because he had a career in men’s clothing and there were a lot of pictures of him.

I researched his email and sent him a message. “Larry, surprise. This is Lois. Wow, I can’t believe I found you. Long time. How are you?” That was all I said. A few days later, I get an email back. “You sound familiar. Tell me something about you.”

I was shocked. “Tell you something about me? Are you crazy?” are the words I told myself. I know a lot of years have passed but how can you be friendly with someone for two years, go to the gal’s Sweet 16, and not remember her? He spent more time talking to me than most other people in his life.

Since we reconnected, every once in a while we send Facebook messages to each other but nothing serious. A” Happy Birthday” and a “Like” for a comment. Larry is a Facebook friend now but he still doesn’t remember me from way back when. The really weird thing is how I keep seeing him all over the city. The first time I spotted him was on 58th and Sixth. He was walking west. I was in a taxi and I was flabbergasted. I passed him right by. This happens two or three times a year for the last seven years. One time Eliot was driving our car right near our office and he quickly turned the corner (something Eliot is infamous for) and almost knocked a guy over. When I looked out the passenger window to see if the guy was all right, it was Larry. I just slid down in the seat.

About three years ago, Larry started showing up in the same restaurants I frequented. At first I would duck and then I realized he said he didn’t know me so I stopped doing that. A few months ago, I had his name on Four Square, a location-based app that tells you where people are located at a particular time. When I “checked in” with Four Square I saw he was at the same restaurant as me. I looked around the room and spotted Larry. I went over to the table on purpose to ask him and his friend if they knew the time. They answered politely. I stood there long enough to see if Larry recognized me. Nothing.

When I told Eliot and my girlfriend Ruth about the encounter, I got accused of exaggerating. I am not stalking Larry, but it’s very funny that I bump in to him more than most people I know.

Last night, Eliot and I went to a Broadway Show, Chaplin. We were waiting for the show to start and I once again saw Larry. I said to Eliot, “There’s Larry.” Eliot said that was not him. Eliot said it didn’t look at all like the pictures I showed him. “Eliot, that is him,” I insisted. Eliot quipped, “Sorry, different nose.” I kept insisting that it was him but then the show started.

At intermission, Eliot and I stayed in our seats but Larry walked by. I didn’t yell out his name but after the show Eliot and I looked for him. He must have rushed out. Once again, Eliot said it wasn’t him. So late last night I sent Larry a Facebook message: