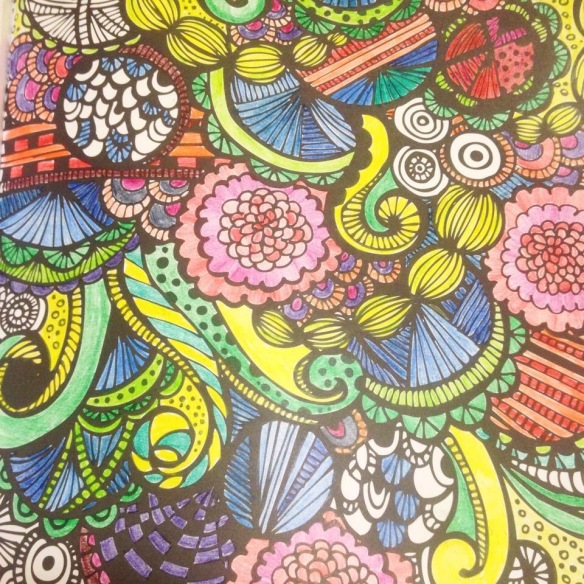 Illustrations from Barnes and Noble and Amazon

As a youngster, my happiest days was when I was coloring in a coloring book. I would go into a zone that was peaceful, full of hope, and very mysterious.

Wouldn’t it be wonderful, as senior adults, if we could experience some of that same euphoria? Apparently, I’m not the only senior who wants an hour or two every few days to participate in this glorious non-digital exercise.
According to a salesman at Book Soup, West Hollywood, CA,  there has been a significant run on coloring books for adults. I first read about the idea in the New York Times on Sunday when they ran a major feature on Johanna Basford’s coloring book for adults called “Secret Garden.” It’s a 96-page collection of elaborate black-and-white ink drawings of flowers, leaves, trees and birds.

I was in LA at the time so I rushed over to Book Soup on Sunset Blvd. to buy whatever copies I could get my hands on. I was so disappointed to learn that the coloring books were already sold out. I was told that Basford and her publisher, Laurence King Publishing, had no idea that the New York Times article was going to run on that day. They had no extra time to issue additional copies so everything in stock sold out.
“Secret Garden” has sold 1.4 million copies in 22 languages.  Basford’s newest coloring book, “Enchanted Forest,”‘ has already sold 226,000 copies. Basford is 31 year old illustrator from Aberdeenshire, Scotland.
The Book Soup salesman told me that fans buy several books at a time. I can understand why.  If you make s mistake, you can start all over again. He also said there are a few other publishers that have coloring books for adults but I decided to wait for Basford’s illustrations.
Tomorrow, I search for colored pencils. 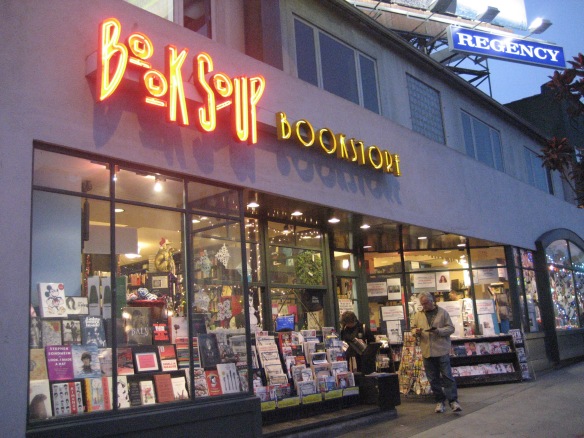