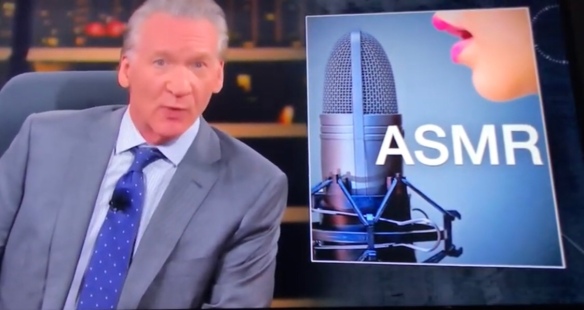 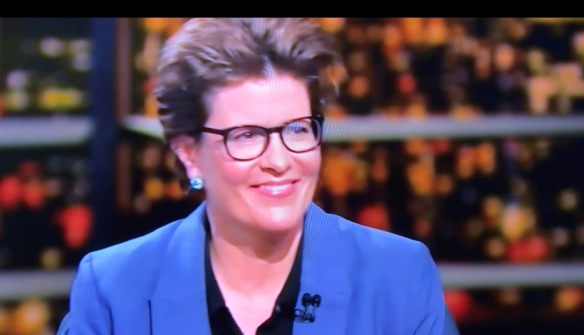 Dear Lois, “I read your blog yesterday. It made me think of when we all started working. Everyone thought young woman couldn’t be successful in an old boys network. So we took advantage of their underestimating us. Nothing has really changed. Just a different perspective.”

Those words came from my girlfriend Laurie in an email last night. She wanted to remind me that every age has its own set of problems. I appreciated her words. I received about seven other email comments from friends, all very supportive.

Then my friend Steve told me about a commentary Bill Maher presented on the aging of America last Friday on his weekly HBO show, Real Time With Bill Maher. Very appropriate. Be sure to watch it. Gives us all, food for thought. It will also explain the headline.

Mike Rowe (wearing the cap) and Mary Sullivan with the Zedge team, Brian Payne and Jonathan Reich. I took the picture.

I finally had the luncheon meeting today that I have been waiting for since I saw Mike Rowe on “Real Time with Bill Maher” several months ago. Mike is the creator and executive producer of Discovery Channel’s Emmy-nominated series “Dirty Jobs With Mike Rowe.”

Mike was on Bill’s show to shed light on the three million perfectly good jobs in America that no one seems to want. Mike started a foundation called Profoundly Disconnected “to challenge the absurd belief that a four-year degree is the only path to success.”

Mike adds that we have a trillion dollars in student loans and record high unemployment. “Yet there are young folks who would rather live at home with their parents and watch TV all day than take a job they feel is beneath them. Boy, are they wrong.” Many of these jobs require skilled training and pay $75,000 the first year or two. After that you are looking at $150,000 or better.

The reason I was meeting with Mike, his business manager Mary Sullivan, and my clients Jonathan Reich (the boss) and Brian Payne of Zedge is that we have 75 million Zedge users who can help raise money to pay for technical school scholarships. Zedge is one of the most popular apps on mobile devices. It has the largest variety of ringtones, wallpaper, and video games.

Mike is the real deal. He has spent years traveling the country and working on more than 200 jobs that most people run away from: coal mining, roustabouting, maggot farming, and sheep castrating.

His foundation mikeroweWORKS says of Mike:

Without any formal training he began his career as a professional musician, faking his way into the Baltimore Opera, and earning his union card in the process.

Soon thereafter, he crashed an audition for the QVC Cable Shopping Channel, where he was immediately hired to sell dubious merchandise in the middle of the night. There, he impersonated a host for nearly three years, spending most of his tenure on double-secret probation, while learning the ins and outs of live television. After that, he worked when he felt like it, narrating, writing, acting, and hosting programs like “Worst Case Scenario” for TBS, “On-Air TV” for American Airlines, “The Most” for History (formerly The History Channel), “No Relation” for Fox, and “New York Expeditions” for PBS.

Hopefully, Zedge will become a “good cause” marketing partner of mikeroweWORKS. Zedge has a very active website, a million fans on Facebook and Twitter, and one of the most popular apps on the Google and Apple Stores. One major brand with one household name can make for some very productive times ahead. Stay tuned.

Interests/Hobbies: Reading, writing, and a bit of running.

On Hosting “Dirty Jobs”: “Be careful what you wish for.”